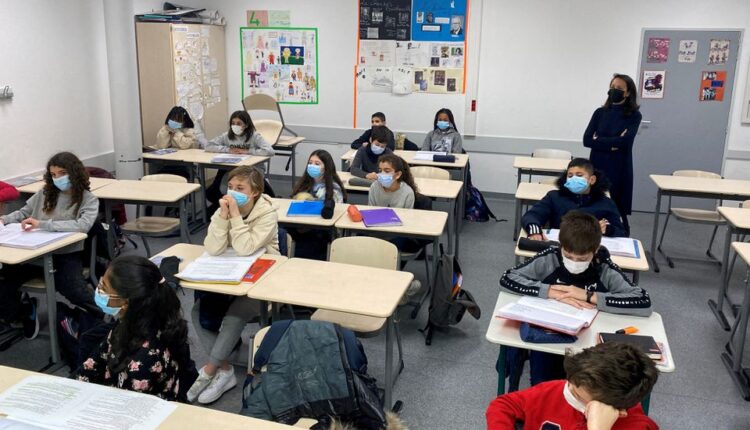 French teachers have embarked on a one day strike over the government’s failure to adopt a coherent policy for schools to manage the COVID-19 pandemic and protect pupils and staff against the virus infection.

The teachers, parents and school administrators were said to have struggled as new testing requirements were announced on the eve of the return from Christmas holidays and changed twice since.

Announcing the strike on Thursday, the National Secretary of the SE-UNSA teachers union, Elisabeth Allain-Moreno, said that the decision was reached because they were tired of the Covid-19 policies that were not coherent enough to curb the virus in schools, adding that the strike was just a warning for the government to do the needful by ensuring better strategies for Covid-19.

“We had reached such a level of exasperation, tiredness, and anger that we didn’t have any other option but to organise a strike to send a strong message to the government,” she said.

“The responsibility of the minister and the government in this chaotic situation is total because of incessant changes of footing, unworkable protocols and the lack of appropriate tools to guarantee (schools) can function properly.”

On his part, while speaking to newsmen, the Education Minister, Jean-Michel Blanquer, stated that the strike wasn’t necessary because it would not solve the issue at hand but it might make it worse especially as it relates to Covid-19.

“I know it’s tough, but a strike does not solve problems. One does not strike against a virus,” she said.

She further stated that the Education Ministry said it would provide strike turnout numbers later in the day.

As gathered, Unions have said they expect many schools to be closed on Thursday and large numbers of teachers – including about 75% in primary schools – to join the one-day strike. Unions representing school directors, inspectors and other staff have also joined the strike.

Also, schools in Paris and beyond offered a mixed picture on Thursday morning, with some entirely closed because of the strike, some partly open, others operating normally. Some were open only for children of health workers.