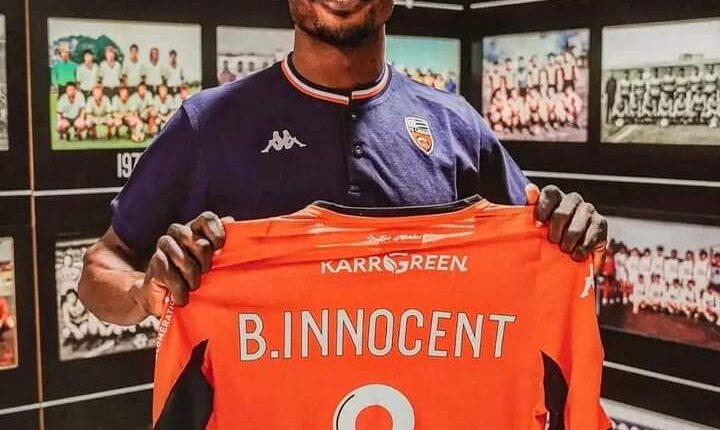 A French football club, FC Lorient, has signed Super Eagles forward, Innocent Bonke, on a three-year contract and could be playing for the team during their next Ligue one encounter.

The management of the club has handed the player, who was signed on a free transfer after the expiration of his contract with the Norwegian club, Malmo FF, expired, a  jersey number 8.

“I am delighted to be making a long-term commitment to FC Lorient. Joining the French Ligue 1 is an important step in my career and I am looking forward to the challenge that the leaders of Lorient have offered me.

“The fact of reuniting with Terem Moffi, another Nigerian international, makes me extremely happy. It was revealed to the general public last season, and I intend to draw inspiration from it to perform well in my new colours. I can’t wait to meet my teammates and the staff and get to work to achieve the goals set by the club”, he added.

After unveiling the forward, the club’s Sporting Director, Christophe Le Roux, described the arrival of the Super Eagles player as a boost for the team’s chase of the league title.

“We are happy to see Bonke joining us during the month of January. He is a player that we have been following for some time now. He has a huge presence in the midfield and will strengthen our squad in this sector.

“He is a player who defends while advancing and is very dynamic in recovering the ball. His experience at a very high level, in particular through his participation in more than ten European matches, will be a real contribution to our group.”