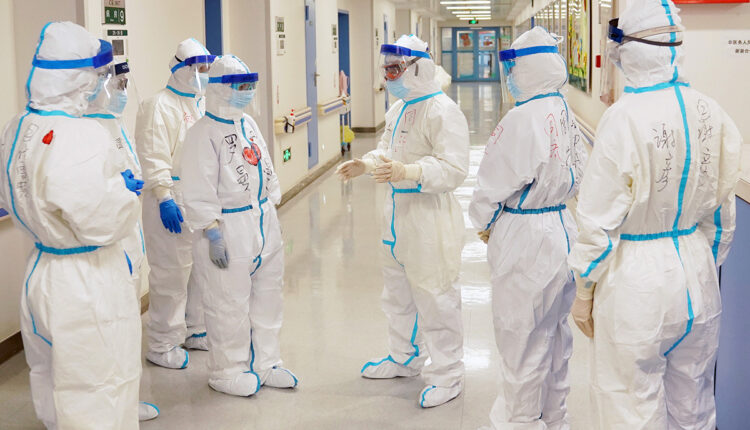 As part of measures aimed at augmenting its emergency health response, the French government said that plans are being concluded to evacuate around 100 Covid-19 patients from intensive care units in the Paris region.

It explained that the move had become imperative in line with the government’s commitments to ensure hospitals struggle to keep up with a surge in cases of deadly respiratory disease.

With the transfers, officials hope to avoid a new lockdown for the roughly 12 million people in and around the capital as they race to step up a vaccination drive that got off to a slow start.

Confirming the development, a government spokesman, Gabriel Attal, said that no fewer than 100 patients would be evacuated from the Ile-de-France region.

“By the end of this week, probably around 100 patients will have been evacuated from the Ile-de-France region” encompassing Paris, Attal said at Orly airport, where two patients — aged 33 and 70 — were airlifted to the southwestern city of Bordeaux.

Later this week, two specially equipped trains will transfer “several dozens of patients to regions that today are under less strain” from the pandemic, Attal added.

Asked if Paris would avoid a new lockdown, Attal said “we are doing everything we can to not have to take more difficult, more restrictive measures.” adding that “we will always take whatever decisions are necessary.”

The government has already ordered weekend shutdowns for the northern Pas-de-Calais region — where transfers of Covid patients to less crowded hospitals began earlier this month — and in the Mediterranean region surrounding Nice.

Of the nearly 4,100 Covid patients currently in intensive care nationwide, around 1,100 are in Paris-area hospitals.

A 6 pm curfew remains in place across France and restaurants, cafes, cinemas, theatres and large shopping centers have been shut, but the average daily number of new Covid cases has continued to climb steadily in recent weeks.