Just In: Oyo Gov. closes down schools after EndSARS protests…

Trump begins first official India visit, Africa not on the… 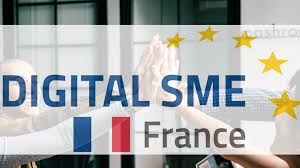 In a bid to resuscitate its economy and mitigate negative effect of coronavirus on businesses, the French Government has announced that it would be injecting  $3.5 billion coronavirus incentives to help small- and medium-sized enterprises (SMEs), in boosting their businesses from downturn occasioned by the virus.

It explained that the need for a vibrant economy and ensure businesses flourish in the country necessitated the incentives and that a recovery plan worth over 100 billion Euros would be unveiled by the government later in August.

The country’s Finance Minister, Bruno Le Maire, revealed that instruments such as convertible bonds to help boost smaller firms’ finances would be included in the recovery plan.

The Minister who disclosed this during an interview with newsmen noted that he would personally spearhead the economic recovery package for the euro zone’s second-biggest economy, assuring that the government would present its plan by August 25.

“A lot of the SMEs were in good financial health before the crisis and will have the means to pay back their debts. But for some others, debt is a major topic which we want to tackle head-on,” he said.

The French economy experienced a post-war record contraction of 13.8% during the economic lockdown as revealed by data during the second quarter of the year.