Four OPC members under detention after beating man to death 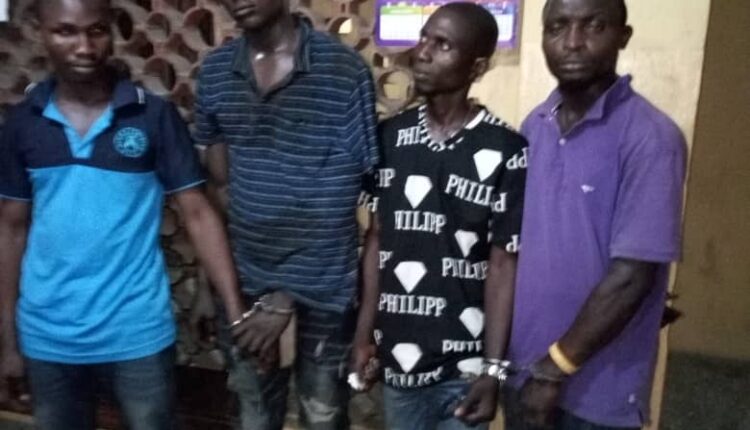 No fewer than four members of the Oodua People’s Congress (OPC) have been detained by the Nigerian Police, Lagos Command for allegedly beating and stabbing a man identified as Tochukwu Chidi, to death during an argument between them at Temple Street, Bariga axis of the state.

The suspects are, Sunday Onilede, m, 35, Azan Razak, m, 35, Abdullahi Ibrahim, m, 29, and Fatai Taiwo, m, 40, were alleged to have attacked and inflicted injuries on the 35-year-old man who was later confirmed dead by medical officials at the General Hospital, Bariga where he was rushed to after the face-off.

In a related development, the police operatives attached to Surulere Division have arrested and detained one Peter Arinola, m, at Empire Area, Surulere, Lagos State, with an English Pistol while he was negotiating and harassing a prostitute for sex.

Confirming the detentions, Commissioner of Police, Lagos command, Hakeem Odumosu, on Sunday, condemned the act of the OPC members and directed that the matter be transferred to the State Criminal Investigation Department, Panti, Yaba for proper investigation and prosecution.

Odumosu, in a statement by the command spokesman, Olumuyiwa Adejobi, stated that the suspect’s intention was to use the pistol to intimidate the lady to agree to his terms and the amount he wanted to pay. 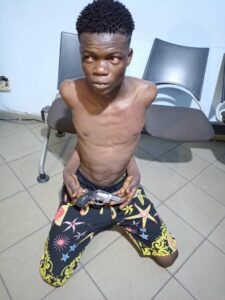 The commissioner noted that investigation further revealed that the lady insisted on a certain amount of money but rather than Peter paying, brought out the pistol and wanted to force the lady to sex.

He said: “The lady raised alarm and Peter was overpowered and arrested by the people around the brothel. After the arrest, the police swung into action and further investigation revealed that the suspect used to assist an armed robber (name withheld) to keep the pistol for operations. The police later recovered 5 rounds of ammunition in the room of the lady during the course of their investigation”.

The Commissioner, however, ordered that the owner of the pistol and suspected armed robber, who is at large, be apprehended by all means and brought to book.