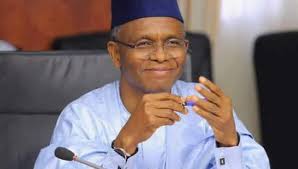 The Kaduna State Government has disclosed that a four-month old baby, including six health workers and thirteen others have tested positive to the deadly coronavirus pandemic in the state.

It explained that the additional twenty new confirmed cases meant that the diseases has spread into nine local governments, including Chikun, Igabi and Giwa, as well as Kaduna North, Kaduna South, Makarfi, Sabon-Gari, Soba and Zaria area councils.

The state’s Commissioner of Health, Dr Amina Baloni said fifiten of the new patients who tested positive are family members or close contacts of previously confirmed cases in the state.

Baloni, through a statement released to newsmen on Saturday revealed that the new twenty confirmed cases spread across seven local government areas in the state.

According to her,  investigations by the Ministry of Health indicated that the father of the four month old child who tested positive for the deadly respiratory infection has travel history to Kano.

’The infant, who had been brought to hospital for respiratory issues, was tested in accordance with the updated guidelines which advise that persons presenting with such symptoms be tested. The child’s parents have also been tested and their results are being awaited.

“Six health workers are among the new cases, underlining the risks associated with containing and managing Covid-19.

‘’This widening spread of Covid-19 means that the risk of infection has increased for persons who do not stay at home or who fail to observe necessary precautions when they go out.

‘’Chikun has seven (including five members of the same family), Giwa recorded four from the Shika community while three cases are in Kaduna North. Sabon-Gari and Kaduna South have two cases each, while Igabi and Zaria have one each,” the statement read in part.