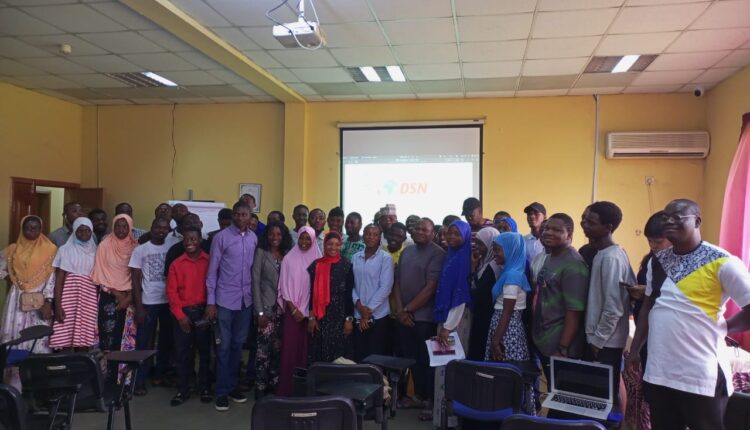 Worried by the lack of adequate Nigerians involved in proffering solutions to world challenges, the Data Science Network (DSN) has commenced processes of molding at least one million youths across the country to become data scientists and join their peers globally to address human needs.

While proferring solutions to issues affecting Nigeria and the world’s developments, these youths could also be earning money for themselves and reducing the number of people that could possibly fall into the poverty net across the country.

As gathered, to ensure that the opportunities were not limited to a particular region in the country, the DSN has set up different centres across the country including Lagos, Abia, and others, to discover youths that would become great data scientists and solution providers.

At one of the centres in Lagos, the youths were said to be exposed to different skills including Artificial intelligence (AI) which would give them the ability to use their computers to do tasks that were usually done by humans because they require human intelligence and discernment.

Speaking at the free training, the coordinator for Lagos training, Yinka Sanni, a member of the DSN, said that the training was ongoing and that it is free for the youths across the country.

Sanni added that participants were from different disciplines because all sectors required data scientists to proffer solutions to challenges confronting its experts and that one month has been dedicated to getting the youths engaged in data science.

According to him, the aim of DSN is to ensure that in every local government across the country, at least 60 percent of the youths understand the importance of becoming a data scientist and collecting information that could be extracted to solve problems and they can also earn money from it.

The coordinator noted that from the data collected, they could preempt what would happen and a forecast as well as chart a direction for the country.

He noted that like all other international organisations that predict future occurrences within the country, these youths, with the training, would be able to forecast possible outcomes of any human endeavour.

“The world will be ruled going forward by anyone that can interpret data and use it to solve challenges. And this set of Nigerians will be the ones that control the country and the world because of their ability to use data. And do not forget that there is no human sphere that does not have a connection with data”.

Earlier, one of the trainers, Uthman Allison, who is also a data scientist, said that with the knowledge, they could solve problems and create employment for themselves and others across the country.

Allison, who gave a practical use of the knowledge acquired, said that the knowledge would assist the trainees to simplify their activities in whichever sector they find themselves in.

According to him, this knowledge has done a lot in the agriculture sector, helping to boost food security. For instance, there is an app that helps to detect the soil nutrient spread at a farm.

“Also, for sorting fruits, you can use computer mission systems to determine which fruit is good and bad among the fruits. This will help to reduce the time wasted in sorting fruit of fruits from the farm.

“A lot of data are gathered but people do not know what to do with them. With this training, the students can get the opportunity to make their business better and become problem solvers”.