JUST IN: APC fixes new date for Wards, Council, other… 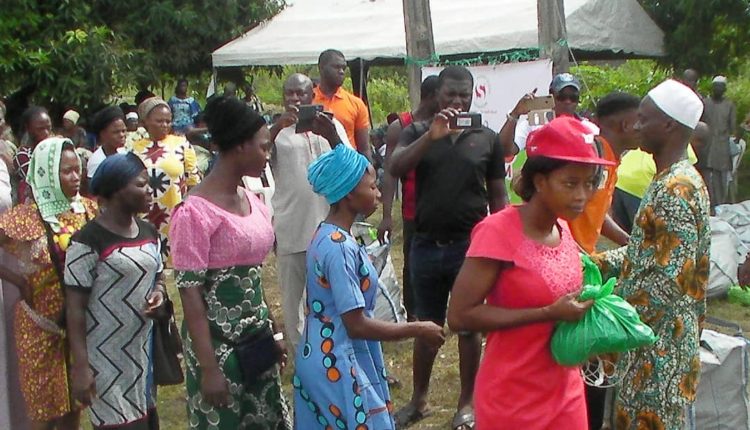 SASF, dole out these items to the beneficiaries, who were drawn from 25 riverine communities in Ojo Local Government, as a demonstration of love and kindness to fellow humans as exemplified by Jesus Christ.

It was gathered that as early as 10.00 am on the day, over 275 persons had stormed the venue at Irewe community in order to ensure they do not miss out of the Foundation’s largess.

The former deputy governor of Lagos state, Adebisi Sosan, who founded SASF, explained that the act was the foundation’s method of giving back to the society to ensure development.

The former deputy governor explained that the NGO does this through empowerment and development programmes targeted at the less privileged members in the society.

“Aside organizing distribution of free foods twice in every December beginning from 2015 to date, we have also empowered thousands of our people at the grassroots especially the riverine communities just to assist them to start small scale businesses for their economic growth,” Sosan added.

Durosinmi added that the NGO, since the commencement of the free food programme, often give food items to indigent residents’ atleast twice in every December to ensure they celebrate the Yuletide season with happiness.

“The free food supply alms of SASF Foundation which started in 2015 had benefited more than 4,000 residents of our communities and we are glad for this generosity and her programme centred on giving back to the society, it is life touching’’ the monarch enthused.

The traditional ruler stated that it was in appreciation of the Foundation’s good gesture that he led other 25 Village heads to grace the occasion.

While extolling the virtues of Sosan, the monarch described the former deputy governor as pride of Irewe Kingdom, saying, she has used her wealth and position to better the lots of the less privileged in the society through various poverty eradication and empowerment programmes.

While appreciating the free food gesture, some beneficiaries expressed happiness on the gesture. Olayinka Ibikunle commended the foundation for its kindness, noting that the gesture has brought smiles to the faces of many rural dwellers.

Anike Adelogo, a widow, thanked the foundation; she said the donation was timely as it came when the children just came back from school to spend holidays, calling on other well meaning Nigerians to borrow a leaf from princess Sosan by embarking on other poverty alleviation projects.