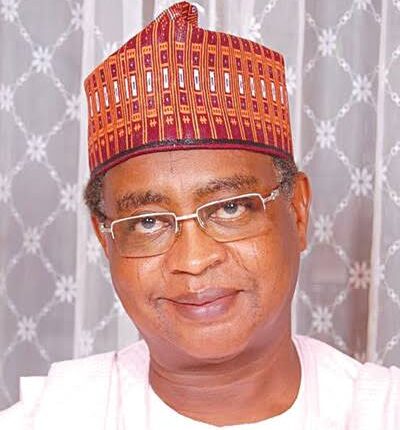 The former Presidential candidate of the defunct National Republican Convention (NRC ) and a major contender for the 1993 poll, Bashir Tofa, has been reported to have passed on at the age of 74.

Tofa was said to have been pronounced dead on Monday by medical experts after battling with a protracted ailment that had affected his political activities, particularly during the fourth republic.

The deceased became famous after winning the NRC presidential ticket and was a major challenger of MKO Abiola’s in the controversial June 12, 1993, presidential election, annulled by the military government of General Ibrahim Babangida.

Sources close to the bereaved family said the former presidential candidate has died and could be buried in accordance with Islamic rites in Kano State.

A close associate of the deceased, Magaji Galadima (Kachallan Kano), announced the death through a statement posted on his official social media page and said: “Allahu akbar, we eventually lost Alh. Bashir Tofa. May Allah grant him eternal rest.”

Tofa was the presidential candidate of the National Republican Convention (NRC) in the June 12, 1993 election considered one of Nigeria’s freest elections.

Born in Kano on June 20, 1947, Tofa had his primary education at Shahuci Junior Primary, Kano, and continued at City Senior Primary School in Kano. From 1962 to 1966, he attended Provincial College, Kano.

After completing his studies at the Provincial school, he worked for the Royal Exchange Insurance company from 1967 to 1968. From 1970 to 1973, he attended City of London College.

Tofa’s sojourn into politics started in 1976 when he was a councilor of Dawakin Tofa Local Government Council. In 1977, he was elected a member of the Constituent Assembly.

During Nigeria’s Second Republic, Tofa was at various times the secretary of the Kano branch of the then ruling party, NPN. He later became the party’s national financial secretary and was a national member of the Green Revolution National Committee.