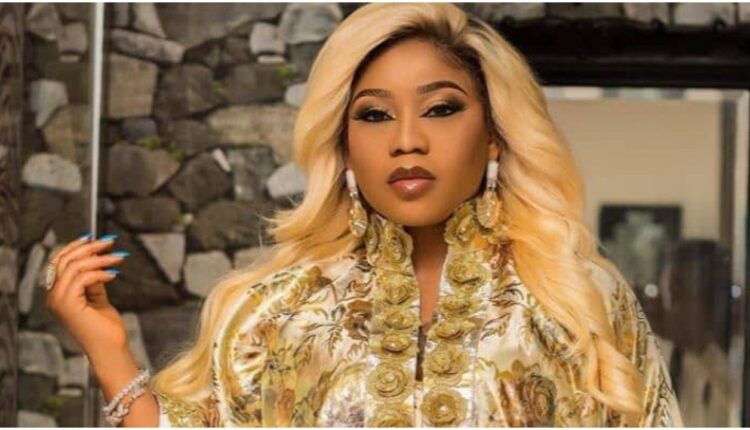 They argued that the outfit of the fashionista could further result in an uprising and asked that she should pull down the pictures from her social media page and apologies for the act.

Nigerians have described her outfit as totally outrageous and belittling especially since it was meant to be a representation of the attire worn by the sacred sisters(nun) of the Catholic faith.

The reactions came after she shared pictures of her nun attire with other actresses including Toyin Abraham-Ajeyemi, to the movie premiere of “The Prophetess” produced by Niyi Akinmolayan.

While others received commendations from Nigerians for promoting wearing white-garment to churches, Lawani’s outfit had been trailed by condemnation.

Fani-Kayode, who joined the growing list of outraged Nigerians, in a statement on his official social media handle, said: “Disrespectful, tasteless, tactless, shameless, bestial, blasphemous, heretical, evil, disgusting, provocative, outrageous, anti-Christ and totally and completely unacceptable. This is not art: it is ghetto rubbish”. 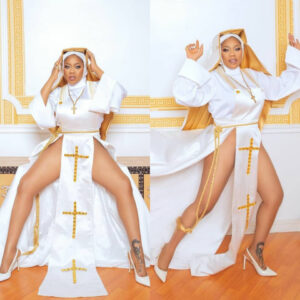 Bobrisky also wrote: “You are completely naked on the social media. But yet, you are not famous. You tried to do things to break the internet. Rather, the internet refused to break”.

The crossdresser, meanwhile, urged the fashionista to embrace another art that could earn her money and fame on the social media.