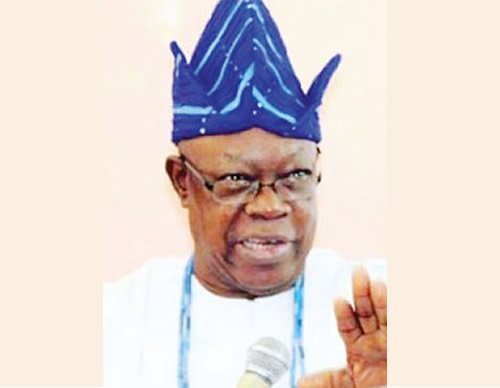 The former lawmaker remains the most senior chief from the two ruling houses, Egbe Agba (civil) and Balogun (military) that produces successors to the throne in the state.

Barring any tragedy particularly death, Balogun, who represented the state at the red chamber, senate, and celebrated his 79th birthday last October, is statutorily the next person to occupy the Olubadan stool.

He would be ascending the throne of his forefathers and succeeding Oba Adetunji, less than three years after he and some other chiefs on the ladder to Olubadan stool reconciled with the late monarch following their installation by Oyo state former governor, late Abiola Ajimobi, as kings in Oyo.

Balogun, a renown technocrat, politician, and author started his primary education at CAC Modern School, Anlugbua, and was living with one of his brothers, late Hamzat Balogun, who was a civil servant but was studying privately for the General Certificate of Education, Ordinary Level ( GCE O’L).

While he was also subscribing to Rapid Result College in the UK to enhance his performance in the examination, Lekan was secretly reading his brother’s correspondence which became very helpful to him when he wrote his qualifying test which was like ‘G4’ at the time.

While in the second year of the three-year modern school programme, Lekan sat for the Qualifying Examination and passed. Therefore, he left school without completing the programme.

Armed with this certificate, he travelled to the United Kingdom where he studied for his O and A levels certificates while doing a part-time job to sustain himself- all under 18 years of age.

He left the university in 1973 with a Masters degree in Administration and Economics and had a brief stint with the Lamberth Local Government Social Services Department where he worked for one and a half years after which his academic inclination took the better of him and he enrolled for his PhD.

In 1973, he resumed as a research fellow at ABU Centre for Social and Economic Research and also had the option of working as a lecturer at the University of Ife now Obafemi Awolowo University but he chose ABU instead because of the desire to relate with other people away from his birthplace and to know their cultures and traditions.

It was during his sojourn in the UK that Lekan developed the white-black consciousness which crystallised into activism and the struggle for human rights. To give vent to his passion, he joined the leftist Marxist movement. Thus, he not only rejected racists tendencies of the White but racism- whether it was black or white, because he was aware that though everyone in his country was blacks, yet there were some black people who were oppressors of their fellow blacks.

He plunged into the murky waters of politics in 1978 when he joined the PRP of Late Aminu Kano. His charisma, honesty and gallantry soon saw him climbing the political ladder with ease and grace that eventually accorded him the respect and recognition of the political overlords of Oyo State.

Within a short period of time, he had made his mark as an astute politician, activist and champion of downtrodden masses. He later became the gubernatorial candidate of one of the major political parties in the country, the Nigerian People’s Party (NPP) of Dr Nnamdi Azikiwe.

The military coup of December 1983 kept him and other political giants in the cooler for 16 years. He later re-emerged on the political scene with his election as a distinguished senator of the Federal Republic of Nigeria in 1999.