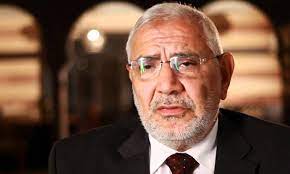 Former Egyptian presidential aspirant, Abdel Fotouh, have been jailed 15 years imprisonment for alleged treason, in an attempt to overthrow a sitting president in the country.

As gathered, the 70 years Fotouh, who suffered several medical condition, was sentenced to prison by a court for 15 years for collaborating with a group of  banned Brotherhood leaders to stir unrest in the country.

Meanwhile, Fotouh quitted the Muslim Brotherhood in 2011 after disagreements over the role of religion in politics and founded the more centrist Strong Egypt party, launching an independent bid for the presidency in 2012.

Fotouh was later arrested in February 2018 after giving interviews that were sharply critical of President Abdel al-Sisi, a month before the president was re-elected.

According to some rights groups, thousands of politicians, activists and journalists have been detained in Egypt after unfair trials or without legal basis.

Earlier, the Egyptian government banned the Brotherhood after Sisi, who was formerly an army chief, led the overthrow of democratically elected Brotherhood President, Mohamed Mursi, following mass protests in 2013, who died after collapsing in a prison courtroom in 2019, in which other leaders of the group were jailed or left the country as a result of a far-reaching crackdown on political dissent that extended to liberal as well as Islamist critics.

The Brotherhood however denied all allegations of the  group promoting militancy nor plotting any attempt in trying to overthrow the state.