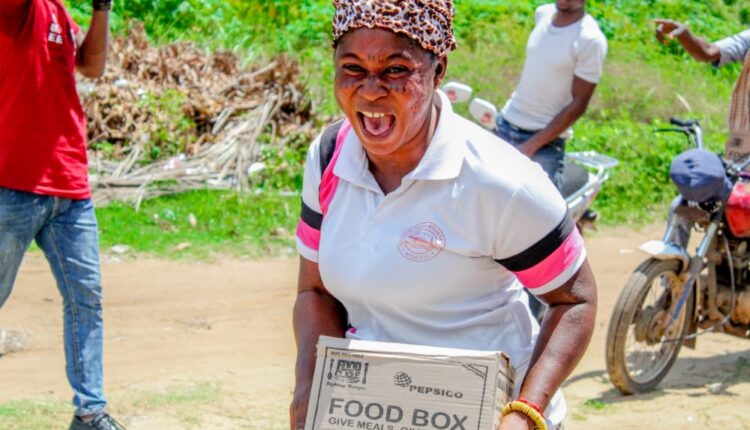 A non-governmental organization, Foodclique Support, has intensified its campaign for a zero hunger society, partnering PepsiCo Foundation, to fete over 500,000 indigent Nigerians.

The food intervention, according to Foodclique, aimed to assist in bringing about a society where people would live healthy as a result of the availability of foods within their reach.

As gathered, the initiative which was launched barely three months ago has reached a milestone of 270,000 which is the halfway mark of the ongoing Food for Good Free food box Distribution project.

The Chief Executive Officer (CEO) of Foodclique Support, Ibrahim Onilegbale, said that the 270,000 that had already benefited from the programme were widows, school children, vulnerable people, and families affected by hunger.

Onilegbale added that the foods were distributed to the beneficiaries across four states including Lagos, Ogun, Oyo. and Ekiti states as well as 12 communities across the country.

He explained that the 270,000 meals distributed were sealed in 6,000 food boxes, representing halfway mark of the ongoing Food for Good Free food box Distribution project. 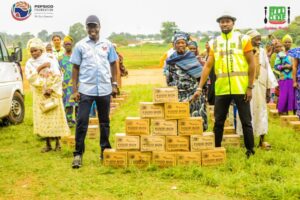 Onilegbale, who expressed satisfaction with the achievement so far, said Foodclique is looking forward to the distribution of 12,000 Free Food Boxes earmarked for the project across more states and communities.

He noted that the impact made so far by the food box was laudable, especially as the economic challenges across the country had resulted in continued hikes in food prices.

“The target is 12,000 Food Boxes equating to over 540,000 meals. So far, 4 States – Lagos, Ogun, Oyo, and the Ekiti States have been covered, we are committed to spreading hope to more communities through food aid and support.”

While stressing that FoodClique would continue its food intervention program, Onilegbale tasked the government to formulate policies to improve the agricultural sector and ensure food security nationwide.

On his part, the Project Director, Olasunkanmi Oladejo, disclosed that the project, which started in April 2022, would run till late November 2022,

While hoping for more Corporate partnerships that will ease the impact of the global economic challenges and rising food prices, Oladejo assured Nigerians that the project would reach all the southwestern states of Nigeria.