Just In: Police may release Baba Ijesha after meeting bail… 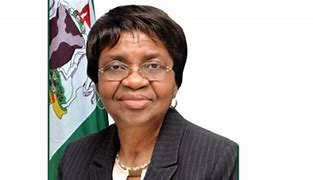 National Agency for Food and Drug Administration and Control (NAFDAC) has revealed plans to start checking and arresting food vendors using paracetamol as meat softner, stating that the practice was harmful to health of consumers.

The agency disclosed that it would intensify its campaign against abuse of the medicine by some Nigerians, who use it to cook their food, adding that the practice stem from high level of illiteracy and misinformation among the populace.

The Director-General of the agency, Prof. Mojisola Adeyeye, explained that the agency got wind of the practice of cooking with paracetamol in December 2019, and that all efforts to discourage had so far yielded little or no results.

Adeyeye, revealed that no arrest had been made to such effect, but stated that plans had been concluded for a special task force, who were to visit food vendors, take samples of their soups for laboratory test and facilitate apprehension of those found to have used the drug in cooking.

While expressing shock on the new pattern, she explained that cooking with paracetamol, a medicine which was supposed to be taken, on prescription, for pain, remained a reality she was yet to come to terms with, and said that such practice pointed to desperation and a bid to profit irregardless of possible health hazards.

“When I got to know about Paracetamol and Aspirin being used to cook “ponmo” (cow skin) in the name of food softner, I said to myself  ‘what else can we not do?'”

“Paracetamol is a medicine and an analgesic to be taken for pains, and for some Nigerians to use it to cook meat as tenderiser? This surprises me. Paracetamol is a chemical that changes when the temperature is high; it changes from Paracetamol or Alcetaminophin to paraminophino and to benzoquin. Our people don’t realise that chemical will always be chemical, and when subjected to unusual temperature, pressure and humidity, it changes”.

Adeyemi reiterated that alcetaminophin , paraminophino and benzoquin are chemical products which destroy the kidney, and that  the agency would not fold its arms and watch Nigerians die from drug abuse.

She assured the populace of NAFDAC’s commitment to its manadate of safeguarding health of the people and added that all hands would be on deck to continue enlightening Nigerians on need to take their health seriously and be conscious of what they consume and where they purchase what they eat.