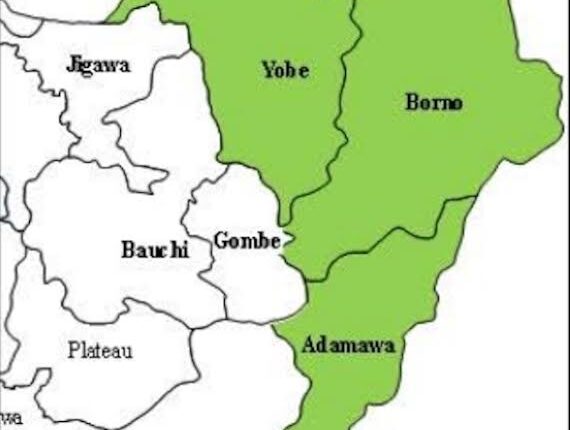 The United Nations has disclosed that millions of people in Adamawa, Borno, and Yobe States may struggle to feed themselves during the lean season due to conflict, COVID-19, high food prices and the effects of climate change.

It explained that an estimated 4.4 million people, including internally displaced people, are expected to face critical food shortages, with 775,000 people being at extreme risk of catastrophic food insecurity in the northeast region.

The Deputy Spokesman for UN Secretary-General, Farhan Haq, said that only through sustained funding and collaboration with relevant stakeholders would food crisis be averted in the troubled region.

Speaking while briefing correspondents at UN headquarters in New York, on Friday on the humanitarian situation in Northeast Nigeria, Haq said that Nigeria’s Humanitarian Response Plan, which seeks over one billion dollars was only one-third funded, calling for support to avert food crisis in the Northeast Nigeria.

“Our humanitarian colleagues warned that without sustained funding, millions of people in Borno, Adamawa and Yobe states, Northeast Nigeria will struggle to feed themselves. This is the worst outlook in four years,” he said.

Continuing, he said, “the humanitarian community is working with the Government and local authorities to scale up the distribution of food in high-risk areas, but a surge in violence targeting aid workers and assets has made this difficult.

“Our colleagues tell us that 8.7 million people in Nigeria need urgent assistance, including 2.2 million displaced people,” he said.

Meanwhile in Myanmar, Asia, the spokesman said the World Food Programme (WFP) warned on Friday that its operations in the country for the next six months were threatened by a funding gap of 70 per cent.

“As you’ll recall, in April, WFP estimated that the number of people facing hunger could more than double to 6.2 million in the next six months, up from 2.8 million prior to February. WFP said that nearly 90 per cent of households living in slum-like settlements around Yangon say they must borrow money to buy food.

According to him, WFP is also helping people who have been forced from their homes by the fighting in Myanmar. However, he said the funding shortfall was making it uncertain how far these operations can go.