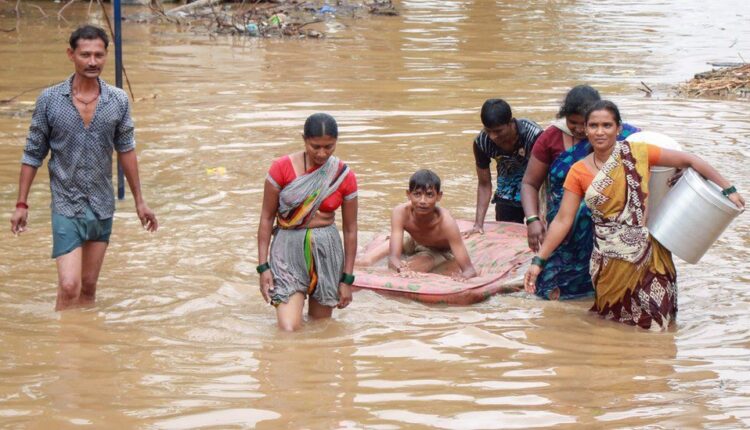 More than 100 people have died, scrores missing with several others displaced following several days of massive flooding and landslides in India and Nepal.

In Uttarakhand, northern India, officials said on Wednesday that 46 people had died in recent days with 11 missing. While Kerala in the south, Chief Minister, Pinarayi Vijayan, said that the death toll had hit 39 there.

At least 30 of those in Uttarakhand were killed in seven separate incidents in the Nainital region early Tuesday, after cloudbursts — an ultra-intense deluge of rain — triggered a series of landslides and destroyed several structures.

Five of the dead were from a single-family whose house was buried by a massive landslide, local official Pradeep Jain told journalists on Wednesday.

In Nepal, Disasters Management Division Official, Humkala Pandey said: “In the last three days, there have been 31 deaths from floods and landslides triggered by heavy post-monsoon rainfalls across the country. Forty-three people are missing.”

He added: “It’s still raining in many places. We are still compiling data from the field. The death toll could go up further.”