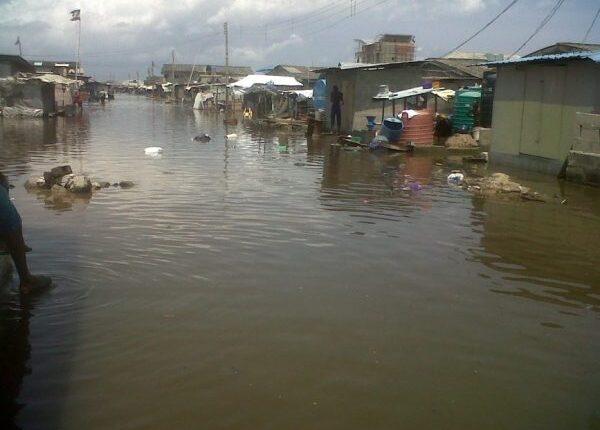 A boy has been confirmed dead after being swept away by flooding during a downpour recorded in Bajoga, Funakaye Local Government area of Gombe State.

Aside from the deceased boy, property worth hundreds of millions including houses were said to have been destroyed when the flooding occurred within the community.

As gathered the flooding started after several hours of heavy rainfall that left houses around the council becoming flooded on Saturday, forcing many to abandon their homes for safety.

Confirming the tragedy, Director General, Press Affairs to the state governor, Uba Misili, disclosed that a condolence message has been sent from the government to the family.

He said that the governor, Inuwa Yahaya, has also directed the Ministry of Environment, the State Emergency Management Agency (SEMA), and other relevant agencies to provide assistance to affected persons.

According to him, the governor has assured the displaced people and the family of the deceased boy of his administration’s commitment to the wellbeing of the citizenry.

However, he urged the people to heed flash flood warnings and avoid flood-prone areas as a preventive measure to any tragedy that could occur during downpour.