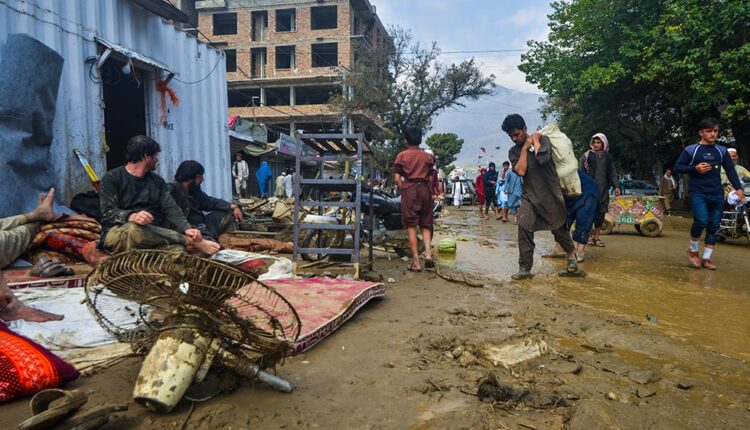 No fewer than 70 persons were reportedly killed and over 300 houses and farmlands have been destroyed after flood ravaged northern and eastern part of Afghanistan.

It was gathered that several others were still trapped in the rubbles of their residence as rescue operations by disaster management officials were still ongoing to ascertain extent of damage caused by the disaster.

As learnt, residents were still asleep when the flood hit large parts of Charikar city, the capital of Parwan province, a development said to have contributed to casualty figures.

Confirming the incident on Wednesday, the Spokesperson for Parwan province, Wahida Shahkar, said that casualty figures may increase as rescue operations were ongoing across the affected areas.

Addressing newsmen, the spokesperson noted that the magnitude of the disaster was beyond provincial government capacity and that the central government had been notified for assistance

“At least 68 have been killed and 90 injured, the death toll might rise and people are still stuck under the rubble as rescue operations are ongoing,”  she said.

Also speaking, Spokesperson for Disaster Management Ministry, Ahmad Azimi, said that the flood blocked the highways to eastern and northern provinces and that no fewer than 300 houses were destroyed in Parwan and over a thousand people displaced.