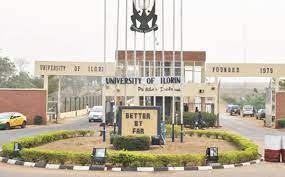 No fewer than five students have been confirmed dead while others sustained varying degrees of injuries during an auto crash which happened inside the University of Ilorin campus.

The unfortunate accident was said to have been allegedly caused by over-speeding by a private car which collided with a shuttle bus inside the campus.

Injured victims from the occurrence were said to be receiving treatments at the hospital where they are been attended to for quick recovery.

Confirming the accident, the Students’s Union of the school through a statement titled ‘Unfortunate Accident on Campus’released on Tuesday, expressed their sympathy about the car accident which was said to have happened after the school dam.

The Union stated that following the incident, all academic activities were to be suspended on Tuesday and students should maintain the order.

“The disastrous occurrence which happened around 9pm yesterday, evening claimed some lives including both drivers of the vehicles. We deeply commiserate with the families of the deceased persons and pray that God grants them the fortitude to bear the irreplaceable losses. we wish the injured victims quick recovery as they receive treatment at the hospital.” It read.

The Union further urged the members of the University community to remain calm.