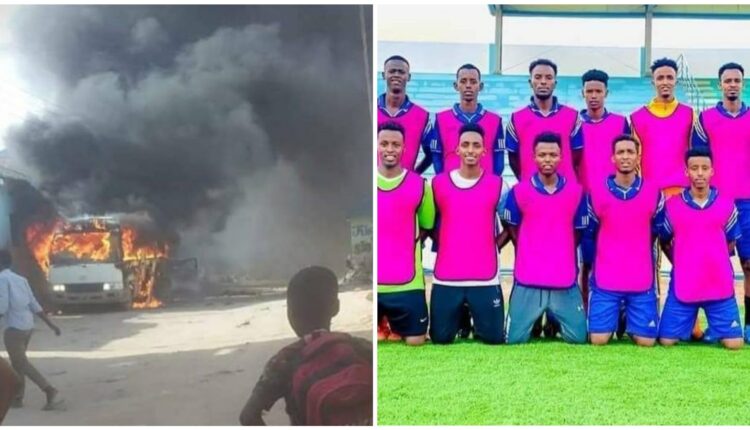 Atleast five members of a Somalian Premier League football club, Jubaland Chamber of Commerce and Industry (JCCI), have been reported to have been killed and over 10 others injured after a terrorist group attacked their bus while leaving for a pre-season camp session.

As gathered, the team bus conveying players of JCCI was in Kismayo City when it suddenly exploded as a result of an explosive device planted on the team’s route.

Confirming the attack, the team’s captain, Ahmed Farah, told newsmen that efforts were still been made to ensure that the injured victims get effective medical care.

Although none of the terrorist groups across the country have claimed responsibility for the attack on the newly-promoted side in the Somalia Premier League.

The Somalian president, Mohamed Mohamed, has commiserated with families of the deceased footballers as well as the injured, just as he blamed the attack on Al-Shabaab terrorists.

Al-Shabab, an affiliate of al-Qaeda- a terrorist group had previously threatened to disrupt Somalia’s elections and other activities across the country.

Since 2007, the jihad group has been trying to dislodge the federal government and has targeted the government, security, and some civilians to pave way for Islamic Sharia Law.