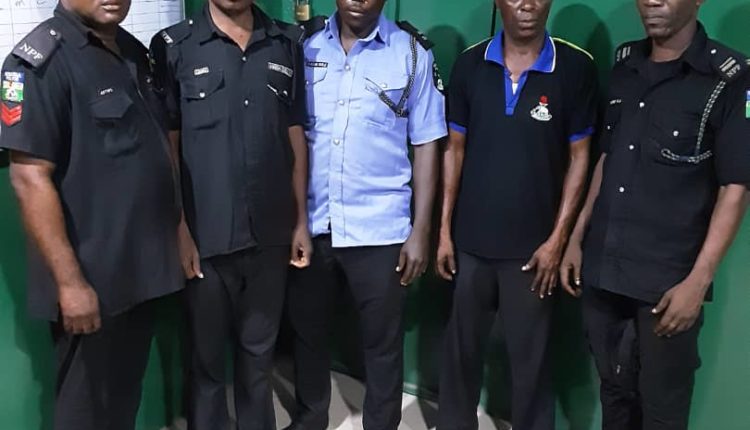 Five policemen are currently cooling themselves in detention over the death of a 27-year-old man, allegedly killed during a face-off between them and hoodlums in Oshodi, Lagos State.

The Guild gathered that the deceased, identified as Maliki Mohammed, was shot dead during the face-off that occurred at Crest Inn Club, sited on Balogun Street, Oshodi Local Government.

Also, during the face-off that lasted for several minutes, eyewitness disclosed that no fewer than two persons sustained varying degrees of injuries.

It was learned that the five Policemen attached to Akinpelu Police Station in Oshodi were at the Inn to effect an arrest after one Omowunmi Makinde, a lady who reside on 9 Olaore Street, Mafoluku in Oshodi, visited the station to complain over assault on her at the club.

It was gathered that while the Police were trying to enforce an arrest yesterday at about 8:30pm at the club, they were attacked by some hoodlums, an action the law enforcement officers claimed was responsible for their use of Firearms.

Confirming the incident, Police Public Relations Officer (PPRO), Bala Elkana, said: “This however, fell short of the provision of Force Order 237 which defined the circumstances in which a Police Officer will be justified to use his Firearms and use of Force”.

Elkana, in a statement made available to the Guild on Saturday, disclosed that the Commissioner of Police, Hakeem Odumosu, has ordered the arrest and detention of Police Officers involved in the shooting incident.

“The Police Officers involved are already facing internal disciplinary proceedings known as Orderly Room Trial at the Provost Department of the Command. If found guilty, they will be handed over to conventional Court for prosecution”, the PPRO added.

According to him, 11 suspects were however arrested in connection with the attacked on the team and the Commissioner of Police has ordered a thorough investigation into the case.

“The CP empathized with the families of the deceased person and the injured Persons. He called on the good people of Lagos State to remain calm as justice will not only be done but will be seen to be done”.