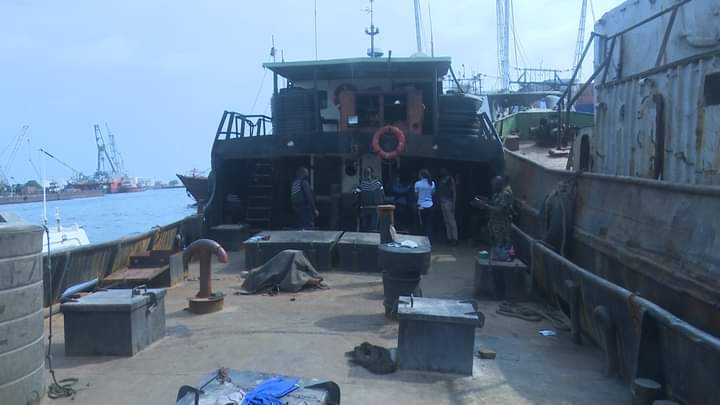 No fewer than five oil dealers have been detained by the Economic and Financial Crimes Commission (EFCC) over alleged illegal possession of 120,000 litres of Automotive Gas Oil (AGO).

Also, the anti-graft agency’s  Lagos Zonal Office has impounded the vessel, MV Kamsi, conveying the oil products for the suspects on the state territorial waters.

As gathered, the suspects were found in the vessel and apprehended by officers of the Nigerian Navy Ship (NNS) Beecroft in Apapa axis of the state for illegal dealing in petroleum product.

The suspects, it was learnt, were arrested and handed over to EFCC for further investigation and possible prosecution in accordance with the country’s constitution.

EFCC, in a statement released on Thursday, said that the vessel and its crew members were arrested yesterday around South West off Lagos Fairway Buoy for illegally being in possession of about 120,000 litres of AGO.

According to the Commission, the five suspected oil dealers and the vessel would be charged to court as soon as investigation is concluded.