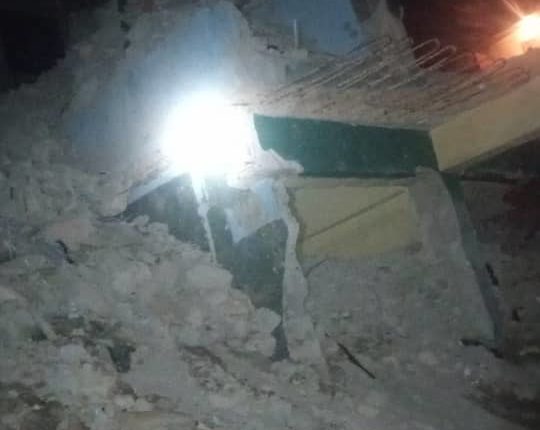 Atleast five persons have been confirmed to sustain different degrees of injuries when a building collapsed on Lagos Island.

The Guild learned that the building on Obanikoro Street, Enu-Owa axis was been demolished manually yesterday by the five workers who were currently being hospitalized.

Okunbor added that the structure been demolished collapsed on them while they were attempting to bring down the building.

“The five victims of this ongoing operation, however, have been moved to nearby hospitals where they can easily received adequate medical attention”.