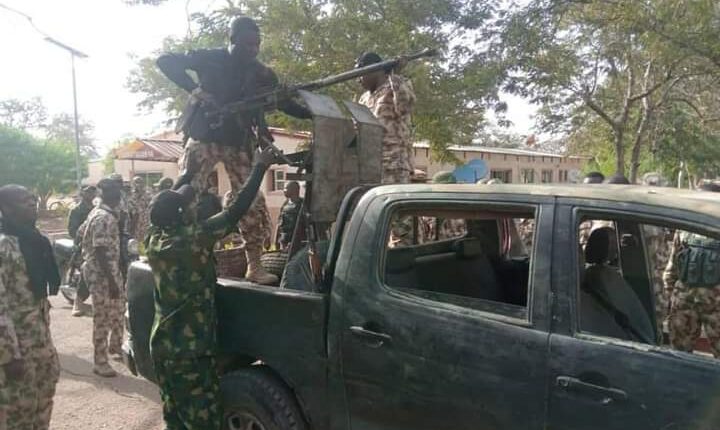 No fewer than five members of the Boko Haram and Islamic State West Africa Province (ISWAP) terrorists were reported to have died during a superiority battle with the Nigerian Army, to take over the ancient town of Biu in Borno State.

After realizing that five of their members have died, it was learnt that others flee from the battle ground to avoid being hit by bullets from the military officers they encountered in the state.

As gathered, the gunmen, while fleeing from the battle ground, abandoned arms and ammunition at the scene and have been recovered by Troops of Sector 2 Joint Task Force (JTF) North East (NE) Operation Hadin Kai (OPHK).

The clashes were confirmed by the Director Army Public Relations, Brig. Gen. Onyema Nwachukwu, through a statement made available to newsmen on Sunday.

Part of the statement reads: “The criminal elements met their Waterloo, when the gallant troops of 231 Battalion and 331 Artillery Regiment swiftly routed them in a failed incursion at Maina Hari village in Biu on Saturday15 January 2022.

“In the intense battle, troops unleashed superior fire power on the terrorists, neutralizing five BH/ISWAP terrorists, compelling others to withdraw in disarray.. 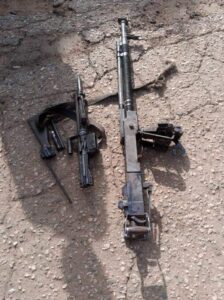 “The gallant troops also captured from the terrorists, one gun truck, one Deshka M Anti Aircraft Gun, one HK 21 Machine Gun, one Rocket Propelled Grenade Bomb, 137 rounds of 12.7mm Anti-Aircraft Rounds amongst others. Troops are currently in pursuit of the fleeing terrorists”.