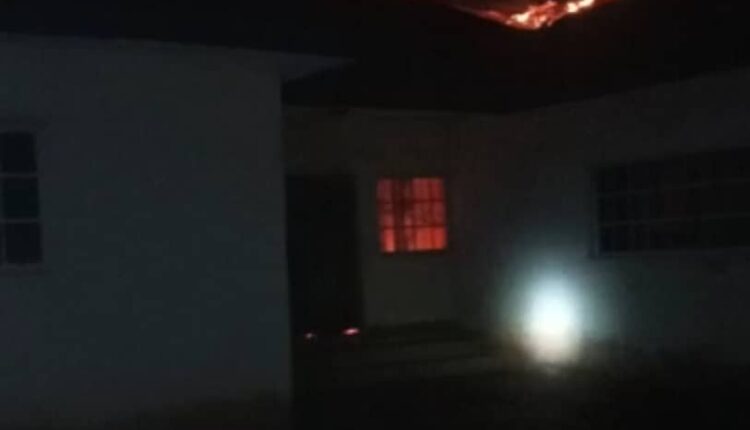 Efforts by the Independence National Electoral Commission (INEC) to conduct a free and fair election in 2023 may have suffered another major setback following a fire outbreak at its office in Udenu Local Government in Enugu State.

The fire, as gathered, razed the Obollo-Afor Office and destroyed non-sensitive electoral materials worth millions of Naira that were already procured by the commission ahead of the poll scheduled to hold in another two years.

Confirming the inferno, the Police Public Relations Officer (PPRO), Daniel Ndukwe, in a statement on Friday, narrated that the fire started at about 9: 40 pm yesterday and was put out hours after.

Ndukwe explained that the fire could have spread beyond the building but the intervention of personnel attached to the Division that immediately raced to the scene, contacted the State fire Service Office and promptly put out the fire.

His statement reads: “Preliminary investigation suggests that the fire, which was eventually put out before it could spread to other offices around the building, through the combined efforts of the State Fire Service, the Police and law-abiding citizens, may have been caused by a power surge due to sudden power supply to the building.

“Meanwhile, the Commissioner of Police, CP Mohammed Ndatsu Aliyu, psc, has ordered the cordoning off of the scene and launch of a thorough investigation to further ascertain the actual cause of the fire outbreak and damages incurred”.