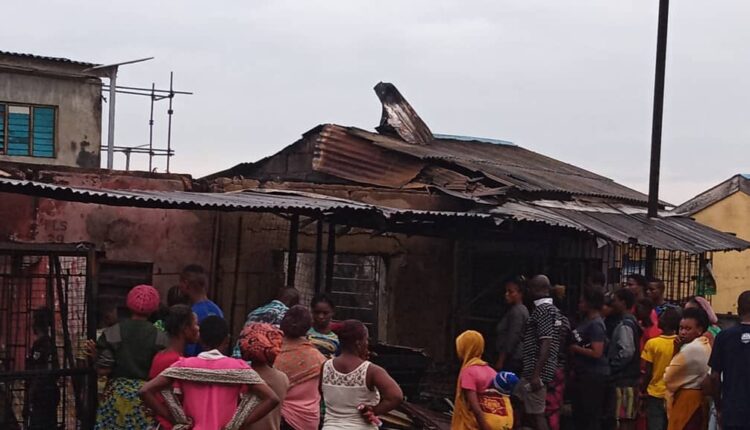 Tragedy occurred in Ogudu axis of Lagos State during the early hours of today when fire gutted shops at Ogudu Police Barracks, in which several items and properties worth millions of naira were destroyed.

As gathered, six out the 17 shops were razzed to rubble by the inferno which cause was yet to be ascertained.

As learnt, activities conducted in the shops razed by the fire outbreak at dawn include two fashion design services, a pawn shop, an event planning wares shop, a sports betting outlet, and a Barber’s shop.

Confirming the incident, the Lagos State Emergency Management Agency (LASEMA), said that the raging fire which occurred during the early hours were put out by combined efforts of emergency responders.

LASEMA’s Head, Public Affairs, Nosa Okunbor, through a statement released to newsmen on Thursday, said that while six shops were razed, 11 were salvaged and the fire totally extinguished by combined efforts of the agency’s Response Team and the Lagos Fire Service.

“On arrival at the incident scene, the fire outbreak started from among the several lines of shops. There are 17 shops in total, six shops were affected and damaged by the inferno while 11 were salvaged.

“The cause of the incident is yet to be ascertained. No loss of lives nor injuries recorded. The fire outbreak has been totally put out by combined efforts of the Agency’s response team and the Lagos State Fire Service,” the statement said.