One die during auto crash in Ogun 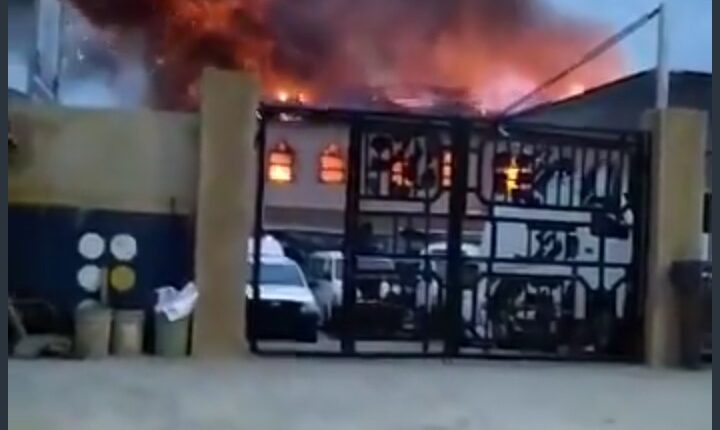 Religious activities at the Redeemed Christian Church of God (RCCG) parish at Alapere, Lagos, were reported to have been put on hold after a fire wreaked havoc on the parish building, destroying property worth millions of Naira.

The smoke that oozed out from the church premises at Total axis of Ketu-Alapere and enveloped the air attracted passersby and residents to the scene, basically to assist in putting out the fire.

It was learnt that some of the worshippers particularly the church staff that had arrived at the premises to perfect logistics before Sunday services commenced and cars belonging to some members were reported to have been trapped within the premises.

Confirming the incident, the Police Public Relations Officer (PPRO), Olumuyiwa Adejobi, who confirmed the incident, disclosed that the cause of the fire was yet unknown.

Adejobi added that the fire started at about 06:15hrs on Sunday and destroyed several property worth millions of Naira but that no life was lost during the inferno that was put out the Lagos State Fire Service.

He said: “At about 06:15hrs the Redeem Christian Church of God, Lagos Province 28 HQ, Lagos Expressway after China town was on fire. The DPO Ogudu who raced to the scene alerted the Lagos State Fire Service and the fire was put out. No life was lost to the inferno, only the property destroyed. Cause of fire yet unknown.

“The Commissioner of Police, Lagos State, CP Hakeem Odumosu has ordered the DPO should police the scene to avoid any looting and that the Lagos State Fire Service to commence investigation into the incident”.

The incident occurred barely 24 hours to the commencement of burial rites for General Overseer of RCCG, Enoch Adeboye’s son, Dare, who passed on last Wednesday mysteriously in Akwa Ibom State.

Following the incident, the entire church had been thrown into mourning considering the role often played by the deceased and the impact it would have on the father’s ability to preach continuously globally.