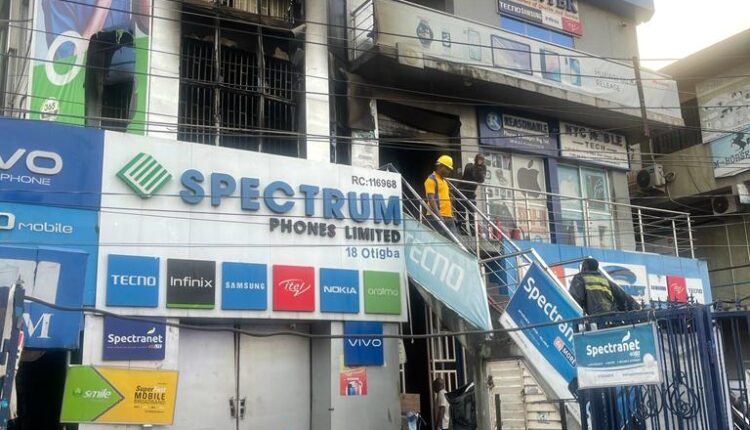 Shops and goods worth millions of Naira were said to have been destroyed after fire gutted a shopping plaza in the popular Computer Village in Ikeja, Lagos State.

It was learnt that the fire started in the early hours on Monday and was discovered by residents, who live within the market, who raised the alarm on the disaster.

The fire disaster was confirmed by the Nigerian Police, Lagos Command spokesperson, Adekunle Ajisebutu, through a short statement, hinted that investigations have commenced in order to ascertain causes of the inferno that had imposed debt on the traders.

Ajisebutu said: “There was a fire incident at 18, Otigba Street, Computer Village, Ikeja early hour of today. The fire engulfed a shopping complex.

“As soon as the report was received, Fire Fighters were contacted and they arrived immediately. Policemen were drafted there to protect the firefighters and others.

“The fire has been put out successfully. No life was lost in the incident. However, a valuable property which estimates are not yet known were destroyed”, he added.