The emerging squid game between Wike and Obaseki 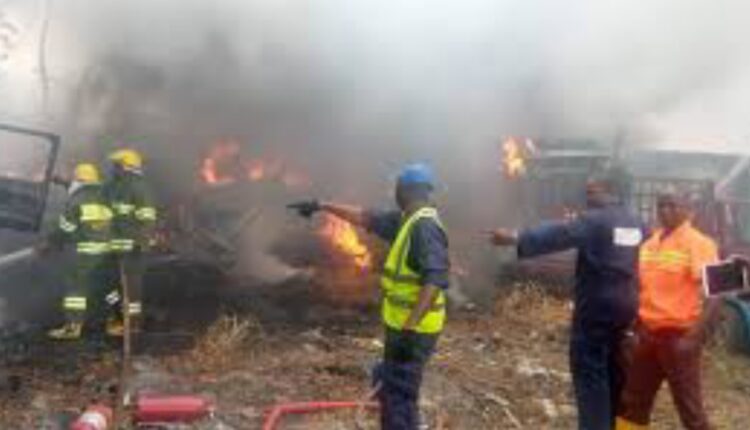 Activities at the Lagos State Traffic Management Authority (LASTMA), headquarters was said to have been slightly halted when a fire outbreak occurred on the second floor of the building in Oshodi axis of the state

As gathered, the inferno at the agency’s headquarters on Tuesday emanated from a faulty air conditioner on the second floor of the building.

As stated, prompt response from staff and officials of the state’s fire service was instrumental in putting out a fire outbreak at the Lagos State Traffic Management Authority (LASTMA), a development said to have quelled palpable fear that gripped personnel and others around the vicinity.

Confirming the incident, LASTMA General Manager, Olajide Oduyoye, said that the minor fire incident was quickly noticed personnel of the agency who had been trained in fire drill swung into action with collaboration with other responders.

Through a statement released to newsmen by the agency’s Asst. Director, Public Affairs, Filade Olumide, on Tuesday, Odudoye revealed that a distress call was put through to the state’s Fire Service was for professional assistance in augmenting efforts of first responders.

“Immediately the fire was noticed on the air conditioner, the headquarter staff following the past fire drill training, evacuated the building to a muster point where headcount was taken while some of the staff trained in proper fire drill used the fire extinguishers located on all the floors of the building to douse the fire, the fire service was immediately summoned through a telephone call.

“The Lagos State Fire Service promptly responded to the call, put out the fire which was still slightly burning from the air conditioner, and ensured that the fire did not spread inside the office it occurred or the whole building,” the statement said.

Odudoye, however, commended LASTMA staff and the firemen for their prompt response, which he claimed, averted untold damage that could have occurred to the human and material resources of the agency.