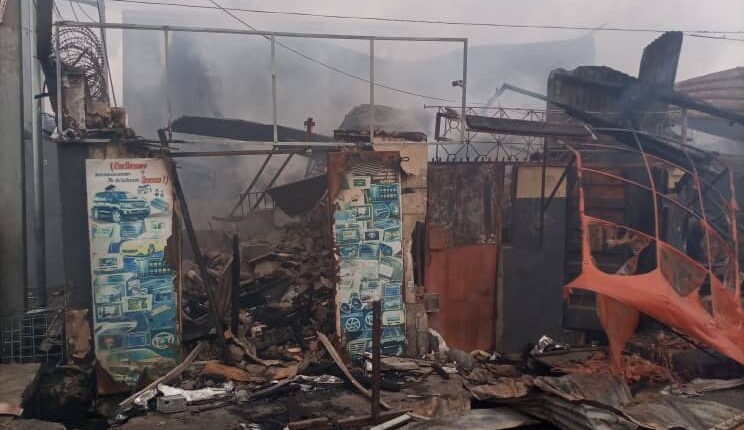 Share
A building and dozens of lockup shops were reported to have been razed and property worth millions of Naira destroyed by a fire disaster recorded in a section of Ladipo Market in Mushin Local Government, Lagos State.
The fire that has continued to rage was said to have started at about 05:00 am and seven hours after, was extinguished by Lagos State emergency officials including men of the Lagos State Fire service in the state.
As gathered, the inferno that had crippled activities within the popular spare parts market was reported to have started from a one-storey mixed-building on 137 Ladipo Road along Fatai Atere Way in Mushin.
Residents hinted that the building, before the fire disaster, serves as both residential and commercial purposes particularly for the storage of petro-chemical products by an indigenous enterprenuer in the state.