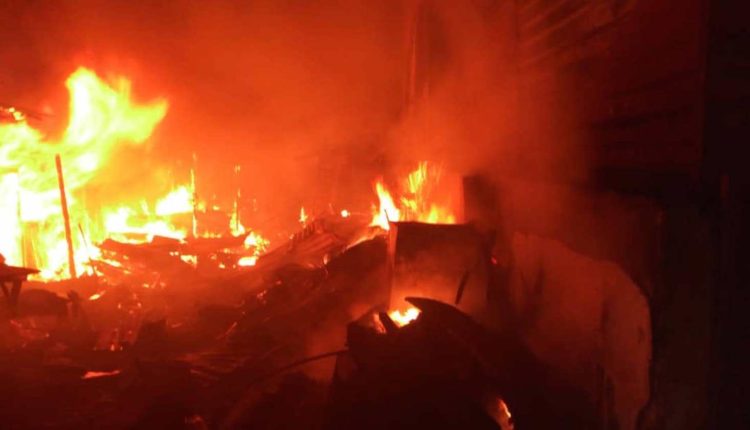 No fewer than 5100 card readers as well as other materials meant for the next month governorship election in Ondo State have been destroyed after fire gutted the Independent National Electoral Commission (INEC) headquarters in the state.

It was learnt that the inferno which started around 8:55 pm tonight burnt the container housing the card readers and that the fire also affected the ICT Unit of the commission.

Confirming the development, the INEC Commissioner, Information and Voters Education, Festus Okoye, assured that the incident would not affect the forthcoming election.

Giving the breakdown, Okoye said that about 1000 card readers delivered to the INEC from Osun were burnt in the fire incident while the over 4000 belonging to the INEC in Ondo were also burnt.

Through a statement by the Chief Press Secretary to INEC chairman, Rotimi Oyekanmi, Okoye said that combined efforts of men of the state’s fire service and first responders helped in putting out the fire.

“The inferno, which gutted the container housing Smart Card Readers, started at 7.30 pm. Men of the Fire Service are however currently containing the fire.

“INEC National Commissioner and Chairman of its Information and Voter Education Committee, Festus Okoye, who is in Ondo State in connection with preparations for the Ondo State Governorship election scheduled for October 10, 2020, rushed to the office about 8 pm.

“The Administrative Secretary of the State, Mr. Popoola, and some staff of the commission are also there.

“Okoye said an investigation into the cause of the fire will commence promptly after the fire has been contained.”