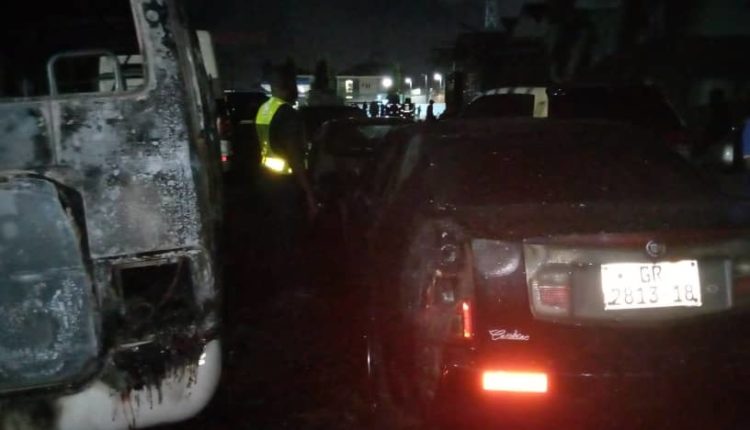 Property worth millions of Naira were on Thursday destroyed when fire gutted the popular Airport hotel, along Obafemi Awolowo Way in Ikeja, Lagos State.

Aside from these, the fire also affected the Tour Africa Transport Company within the airport hotel premises.

When our correspondent visited the scene, officials of Lagos State Emergency Management Agency, LASEMA, the agency that coordinated other emergency responders have curtailed the fire from spreading.

Director-General of LASEMA, Dr Olufemi Oke-Osanyintolu, who confirmed the development, disclosed that the agency has commenced a post-disaster assessment to ensure the fire had been completely extinguished after the dampening down process.

“On arrival at the incident scene, it was discovered that Tour Africa Transport Company within the airport hotel premises was engulfted by fire and the cause of the fire could not be ascertained.

“The flames have since been extinguished by our responders and the Lagos State Fire Service and an investigation is being carried out to ascertain the cause of the fire.