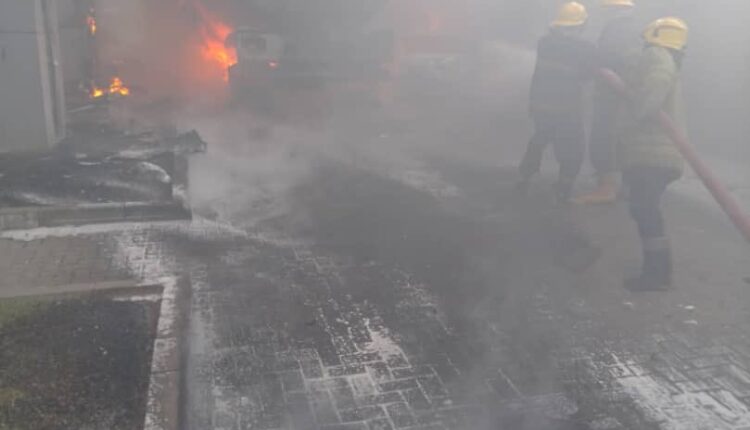 Customers and passersby at the Access Bank branch on Adetokunbo Ademola Street, in the Victoria Island area of Lagos State, were sent into panic after fire gutted the bank building.

It was gathered that those around the vicinity scampered to safety on Wednesday morning after a diesel-laden truck that was offloading diesel for the bank’s generators caught fire in the process and razed down the truck a nearby car on the bank’s premises.

Confirming the incident, the General Manager, LASEMA, Olufemi Oke-Osanyintolu, said that prompt efforts of emergency responders prevented the fire from escalating and that no life was loss during the incident.

“Investigation conducted at the scene revealed that the tanker was dispensing diesel for the uses of generators in the bank premises and inadvertently caught fire.

“A combined intervention of the emergency responders, LASEMA Response Team, Eko Hotel, LASG fire, UBA Fire Service, and Federal Fire are able to arrest the fire and stop it from escalating to further the building in the premises. No loss of life recorded, damping down ongoing,” he said.