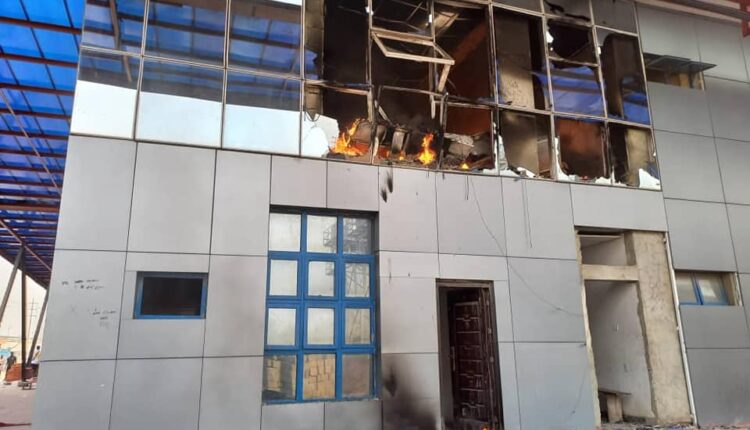 Share
Property worth millions of Naira were reported to have been destroyed when fire gutted the Lagos State Bus Rapid Transit (BRT) terminus in Ajah, Eti-Osa Local Government Area of the state.
The fire was said to have started from the room used for the storage of Air Conditioning Compartments at the terminus and destroyed items stored for use.
As gathered, the fire started at about 08:49 am on Saturday and was discovered by employees on weekend operations after smokes started oozing out from the room which prompted them to raise the alarm.
The fire at the affected building said to be under construction was later put out by officials of the Lagos State Fire and Rescue Service at Lekki phase 1 axis of the state. 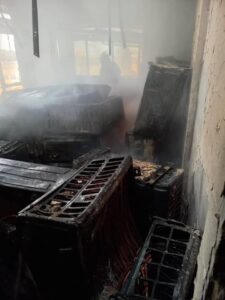 Confirming the inferno, Director of Lagos State Fire and Rescue Service, Margret Adeseye, disclosed that the rescue officers ensured that the fire did not spread to other adjourning buildings within the premises before it was put out.
Adeseye, through a statement made available to The Guild, disclosed that the service was still investigating circumstances that led to the inferno that engulfed the public facility.
Parts of the statement reads: “The emergency alert which was received at 08:49 hours was promptly attended to by the Lekki Phase 1 Fire Station of the Agency, which on arrival discovered the Fire in a room used as a store for Air Conditioning Compartments in the under-construction building and extinguished it before it could spread beyond the room to cause further damage”.