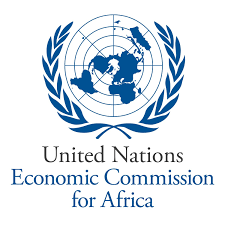 The United Nations Economic Commission for Africa (ECA) has revealed that 2020 edition of its annual Economic Report on Africa (ERA) publication has been scheduled for review by a group of Africa economy experts charged to look into grey areas of the report and come up with suggestions.

The 2020 economy document, titled “Innovation for Private Sector Development in Africa,”  is said to have been designed to give in-depth analysis of recent economic and social developments of Africa, having focus on issues of policy making and implementation facing the continent.

In a statement released by ECA on Monday, it was said that a group of  experts had been put together to conduct a thorough review of the report in Johannesburg South Africa and that the team had been mandated to polish the document and correct any errors ahead of its formal release to public.

It said: “The 2020 report builds on previous editions of ERA and various analytical work undertaken by ECA, as well as research institutions, on financing Africa’s development. It provides evidence-based reference material for policymakers, business sector decision-makers and other stakeholders on harnessing private sector finance for Africa’s sustainable development.”

“This report looks at current knowledge on innovations in finance, including financial technology (fintech) and how such innovations can make a clear breakthrough in financing business sector development in Africa”.

ECA noted that the report had been directed at expressing how new and unprecedented sources of financing could be utilized to finance massive business sector development with a view to achieving sustainable economic development.

It was learnt that the report is scheduled for launch during ECA’s Conference of African Ministers of Finance, Planning and Economic Development in March 2020.