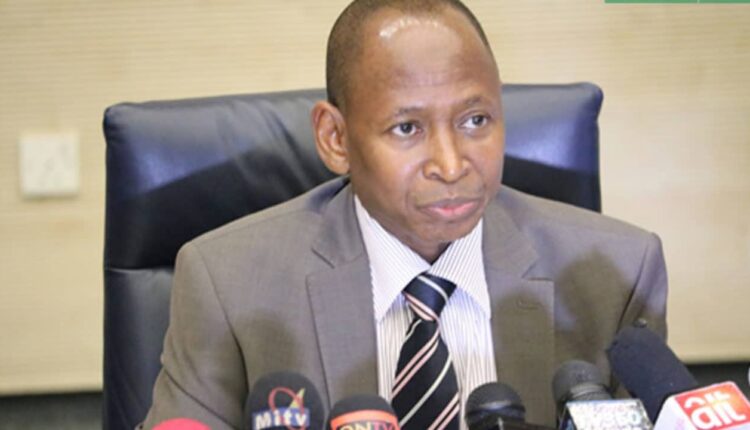 Following arrest of the Accountant General of the Federation, Ahmed Idris, over his alleged misappropriation of N80 billion by the Economic and Financial Crimes Commission (EFCC), the Minister of Finance, Budget and National Planning, Zainab Ahmed, has placed the accounting expert on suspension pending outcome of the ongoing investigations.

Ahmed said that the move was necessitated by the need to allow the anti-graft agency to carry out a proper and unhindered investigation into the allegations leveled against the Accountant-General.

Describing the allegations against the Accountant General as serious, she noted that the suspension was made in line with Public Service Rules that stipulated that anyone accused of misappropriation should leave the office until investigations were completed and he is exonerated.

“During the suspension period, which is without pay, Idris is not expected to attend to the place of work or contact any official in your Office except for any disciplinary hearing that may be advised”.

The suspension on Wednesday is the latest in the N80 billion scandal involving the Accountant General who was arrested by the anti-graft agency’s on Monday.

After the accountant’s arrests, EFCC said that the funds were laundered via real estate investments in Kano and Abuja.  explained that Idris was arrested after failing to honour the commission’s invitations to respond to issues connected to the fraudulent act.

“Operatives of the Economic and Financial Crimes Commission, EFCC, on Monday, May 16, 2022, arrested serving Accountant General of the Federation, Mr. Ahmed Idris in connection with diversion of funds and money laundering activities to the tune of N80 billion( Eighty Billion Naira only),” the agency’s spokesman, Uwujaren’s statement read.

“The Commission’s verified intelligence showed that the AGF raked off the funds through bogus consultancies and other illegal activities using proxies, family members and close associates.”