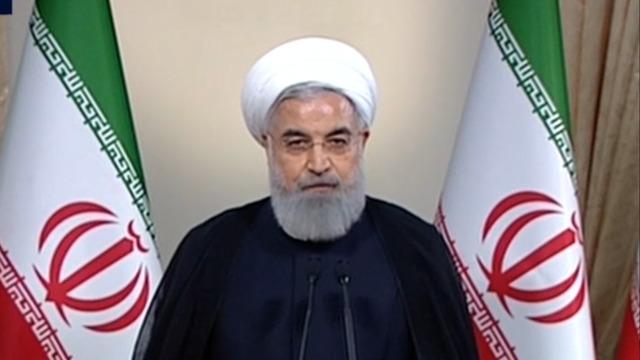 Iran has expressed its readiness for an all-out war if the United States or Saudi military strikes against the country.

Foreign Minister, Javad Zarif, made the declaration in an interview with CNN as the US, which has  announce highest sanction ever, begins troop deployment to the United Kingdom.

Noting that Iran hoped to avoid conflict and was willing to talk to Saudi Arabia and the United Arab Emirates, Zarif stated that his country would not discuss with the US unless it gets full relief from sanctions as promised under the 2015 nuclear deal.

Insisting that Iran did not blow up Saudi Arabia’s oil facilities, Zarif threatened that a US or Saudi military strike would lead to “all-out war.”

Iran’s top diplomat added that a military response based on “deception”would cause “a lot of casualties. But we won’t blink to defend our territory”.

“Be careful, a limited aggression will not remain limited. We will pursue any aggressor,” he remarked on state TV broadcast at the weekend.

Earlier, Saudi Foreign Affairs Minister, Adel al-Jubeir, said that the kingdom is “certain” that the drone launch did not come from Yemen, as Houthi rebels there claimed.

“It came from the north. It was done with Iranian weapons, therefore we hold Iran accountable for this attack. The kingdom will take the appropriate measures based on the results of the investigation, to ensure its security and stability,”Adel al-Jubeir said.

Wole Soyinka to Buhari: Your administration has attained unprecedented level of paranoia