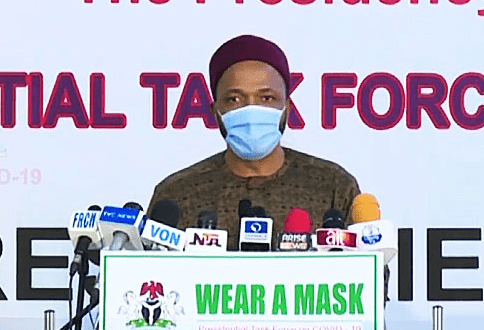 In the new timetable, the apex government and WAEC removed some subjects that were earlier pegged for the beginning of the examination due to their peculiarity to Nigerian students alone.

The parties approved the adjustment on Monday after a meeting between representatives of the central government, commissioners for education in the 36 states, members of National Union of Teachers (NUT), WAEC, and other stakeholders’ in the education sector of the country.

Confirming outcome of the meeting at Presidential Task Force (PTF) press briefing held in Abuja, Minister of State for Education, Chukwuemeka Nwajiuba, said that the decision was reached by both parties after coronavirus spread failed to subside in the country.

Nwajiuba stressed that the moves were strategies embraced by the government to ensure students remain safe during and after the examination, saying, the agreement has empowered Nigeria to domesticate the timetable to suit its predicament.

He stated that the adjustment would only affect subjects peculiar to Nigeria and fell in the early part of the examination timetable released by WAEC and that subjects offered jointly by students in member states would go on as scheduled.

Some of the subjects listed by Nwajiuba were Igbo language, Yoruba language, Hausa language, and others offered solely by students in Nigeria.

The minister disclosed that the agreement will not affect the school reopening date on August 4th, a date set to assist students seating for the examination to engage in tutorials and fine-tune their preparation for the exercise.

“What the agreement further entails was that WAEC and other affiliated countries have agreed that the examination should proceed but subjects that are peculiar to Nigeria should be assigned preferable dates by Nigeria government”, he added.

According to him, all parties agreed that the federal government fixes dates and it was decided that the subjects removed from the timetable should hold between September 5th and September 14th.

While assuring stakeholders’ that were peculiar to all countries would proceed as earlier announced by WAEC, Nwajiuba stressed that the stance was also approved by the Presidential Task Force on COVID-19.