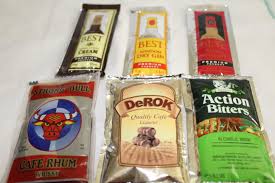 The Federal Government has disclosed that plans had been concluded to ban production of alcohol drink in sachets, small polyethylene terephthalate, and glass bottles totally by 2023/2024 across the country

It said that the banning of the products which would come in phases become imperative after statistics showed that the availability of high concentration alcohol in sachets was a factor contributing to substance and alcohol abuse in Nigeria.

The Director-General, National Agency for Food and Drug Administration and Control (NAFDAC), Prof. Mojisola Adeyeye, said that alcohol drink in sachet would be phased out by 2023 ending and first week of 2024 when the products would no longer exist in the society.

Briefing newsmen on Wednesday, Adeyeye said that the ban on sale and consumption of alcoholic beverages in sachets and small volume glass and polyethylene terephthalate bottles was to ensure public health safety and its security.

According to her, uncontrolled access and availability of high concentration alcohol in sachet and small volume PET or glass bottles have been put forward as a factor contributing to substance and alcohol abuse in Nigeria with its negative impact on the society.

“NAFDAC and the Federal Ministry of Heath met on this issue with the distillers association, a couple of days ago. We let them know that they can think of business because there is nothing wrong with that. NAFDAC and Federal Ministry of Heath also have to think about the society, we had series of meetings at the ministry. We all agreed that we are going to carry out the ban in phases,” she said.

The director-general said that the distillers association had been instructed to reduce the level of alcohol drink in sachets pending such times when the time would lapse.