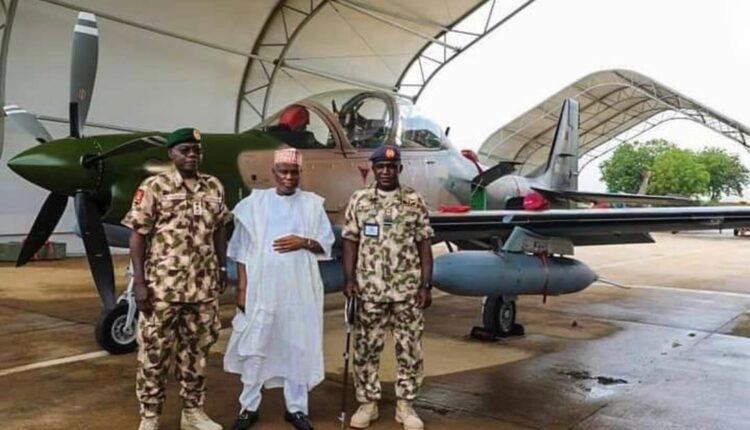 As part of the effort to end insurgency across Nigeria particularly the trouble zones, the Federal Government has taken delivery of the first batch of six A-29 Super Tucano aircraft from the United States (US) and has commenced processes to deploy the fighter jets to attack the gunmen.

These fighter jets were the first batch of the 11 jets bought by the government to assist the military to provide aerial attacks against the insurgents and other gunmen attacking communities across the country.

The arrival of the six fighter jets was confirmed through a statement released on Thursday by the Director of Public Relations and Information, Nigerian Air Force (NAF) Headquarters, Edward Gabkwet, in Abuja.

The six aircraft arrived barely seven days after departing US and en route to Nigeria to augment the fight against insurgency across the country.

According to Gabkwet, the six aircraft leapfrogged through five countries, which include Canada, Greenland, Iceland, Spain, and Algeria before arriving in Nigeria.

The airforce spokesman noted that the official induction ceremony of the aircraft into the inventory of NAF was planned at a later date in August.

He said that his office remained open to any inquiry regarding the arrival and induction of the aircraft, saying the A-29 Super Tucano was designed and built for the counter-insurgency mission in Nigeria.

It would be recalled that in response to agitations on $1 billion removed from the Excess Crude Account (ECA) by the Federal Government to acquire ammunition, the presidency had in March disclosed that six of the 12 Super Tucanos fighter jets procured from the United States were on track to arrive in mid-July of 2021.