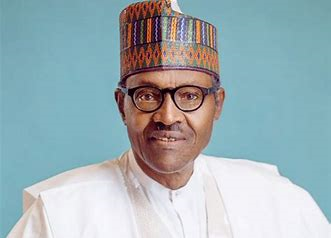 The Federal Government has concluded plans to plant 35million trees in Nigeria with the aim to address climate change effect and recreate natural forests that have been lost to human interference.

Expressing concerns over increase in deforestation, the government noted that Nigeria had, in recent times, witnessed several changes in regular climate conditions, with harmattan season coming at odd periods and rainfall during unexpected times.

According to government, the threat of desert encroachment currently faced by many northern states were clear signs that urgent steps must be taken to combat and reverse effects of climate change.

The Acting Director in Forestry, Ministry of Environment, Tiamiyu Oladele, stated that the country was currently been confronted by harsh weather conditions such as unnaturally high temperatures, irregularity of seasons, floods and sand storms, explaining that there had been severe climate change, effects of which, if left unaided, could result in worse natural calamities on Nigeria.

Speaking to newsmen in Abuja, on Monday, Oladele said  that the President, in keeping with his campaign promises, had therefore concluded plans to begin 35million tree-planting exercise in all regions of the country.

He explained that this would speed up regeneration of Nigeria’s lost forests, increase future opportunities for income and economic growth, and put an end to continued effects of climate change.

Oladele noted that the government needed support of Nigerians to plant tree seedlings, and as such, stated that citizen education would begin to teach citizens and residents why trees were important to wellbeing, how to properly plant trees and also to discourage practice of tree felling and burning.

The Acting Director said that FG would make seedlings available at publicized locations, where they would be given, free of charge to all Nigerians,  in order to facilitate quicker and wider spread of planting exercises.

He emphasized government responsiveness to the issue of climate change, citing its move to take decisive action to stop deforestation, commence re-afforestation and ensure, through citizen education, that processes which had led to Nigeria’s present climatic realities were substituted for environmentally friendly processes.

“The people that are engaged in deforestation are not actually planting back, particularly the wood exporters, loggers and charcoal association, they are the ones cutting trees,”

“As a result of this, education is necessary for members of these associations, and citizens in general. We all have to be a part of this re-afforestation exercise and we all have to understand that if we have no trees anymore, we will all be adversely affected,”

“Many will go out of business and the environment will be damaged, leading to various health risks for every citizen and resident of our dear country, Nigeria”.

According to Oladele, the Department would constitute a task force to monitor tree felling, wood processing, marketing, enforce proper procedures and monitor tree planting conducted to ensure environmental safety in the country.

He revealed that the task force would comprise officials of the Federal and State Forestry Departments, private sector, wood dealers, loggers and charcoal producers’ associations.