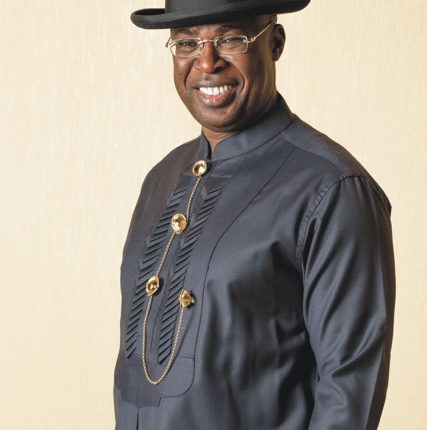 The Federal Government (FG) has promised to join the global community to completely eliminate gas flaring by 2025.  The Minister of State for Petroleum, Timipre Sylva disclosed this  on Monday at a public hearing on ‘Need to End Gas Flaring in Nigeria and Harness Associated Gas in Nigeria’ organized by the House of Representatives Joint Committee on Gas Resources, Environment and Climate Change.

This comes as the House said that Nigeria loses over $750 million in annual revenue from flared gas.

Speaking at the hearing, the minister said the issue of gas flaring is something that the ministry takes very seriously.

He noted that Nigeria has however reduced gas flaring to 8 per cent.

“We believe, with all the programmes lined up, that we are on course to achieve complete elimination of gas flaring by 2025. We take the issue of gas flaring in the ministry very seriously,” Sylva said

Corroborating Sylva’s statement, the Group Managing Director (GMD) of NNPC, Mele Kyari, in his presentation, revealed that the corporation is executing a number of projects to make sure that gas flare is taken out completely.

Kyari stated that increasing the flaring penalty is not the solution, adding that it is better to create commercial tanks that will enable companies invest in the flare which can be converted into money.

”Two things must happen: one is to put the enabling infrastructure which we are doing immensely. We are building major trunk lines that will receive the flared gas that you are seeing today. We are connecting most parts of this country to the gas network so that people can convert this gas to power industries and they are all within sight. Just to put it in perspective, by the end of March, we have what we will call the quarry cluster for flared gas. It makes about 200 million cups of gas. By the end of March, this will vanish because once we end connecting all the lines, automatically, it goes away.

”No matter how much penalty you put, if the cost of penalty is cheaper than developing, people will continue to flare and pay the penalty. You can raise the penalty to any number and what it does is that it will completely make the people not to invest in anything,” Kyari said

In his keynote address, the Chairman, Joint Committee of the House on Gas Resources, Environment and Climate Change, Mutu Nicholas, stated that Nigeria loses over $750 million in annual revenue from flared gas.

Nicholas explained that the gas that is being flared is feedstock for other industries, which if properly harnessed would stimulate economic growth, create jobs, and provide income for midstream companies and earn revenue for government through taxes.

The lawmaker lamented that efforts by Nigerian government to stop gas flaring have been inadequate and ineffective since 1979 when Nigeria made the first legislative attempt to address the problem of gas flare.

He said: ”Gas flare is a malady that we must work together to eliminate at the shortest time possible; because of its all-round adverse effects on the environment and socio-economic well-being of the people of Niger Delta region, as well as on the fiscal measures of the federal government. At current estimates by PricewaterhouseCoopers (PwC), Nigeria loses over $750 million in annual revenue from flared gas.

”Zero-fiare gas deadlines have routinely shifted to future dates. We thus commend government for the 2018 Gas Flare regulation which imposes the penalty of $2.00 per million standard cubic feet (MMSCF) of gas flared. Still, we would like to stress the need for compliance with the provisions of the penalty regime. Since the gas flare regulation was released in 2018, this committee has received reports on flare volume discrepancies.”

Earlier, while declaring the event open, the Speaker of the House,  Femi Gbajabiamila, said that though there had been many unfruitful conversations about achieving the objective, the 9th House was committed to changing the narrative.

This, according to the Speaker, will be done through legislative action such as bills and oversight functions.

He said: ”The conversation about gas flaring in Nigeria has been going on for a long time. Unfortunately, those conversations have not yielded the desired results. We have not managed to end the environmental damage that results from gas flaring, and we are still deprived of the economic benefits of full utilisation of gas resources in our country. In this 9th House of Representatives, we intend to do everything we can to change this narrative.”

Meanwhile, the President of host communities, Benjamin Tamaranebi, in his presentation, apologized for the fight that broke out last month at the Petroleum Industry Bill (PIB) public hearing.

Tamaranebi while describing the fight as a calculated attempt to stop the voice of the ordinary host communities, lamented that they are suffering from the emission of poisonous substances into their environment, by oil and gas industry.

He appealed to all stakeholders to be partners in progress, so as to create a win-win situation for the oil companies, government and host communities.