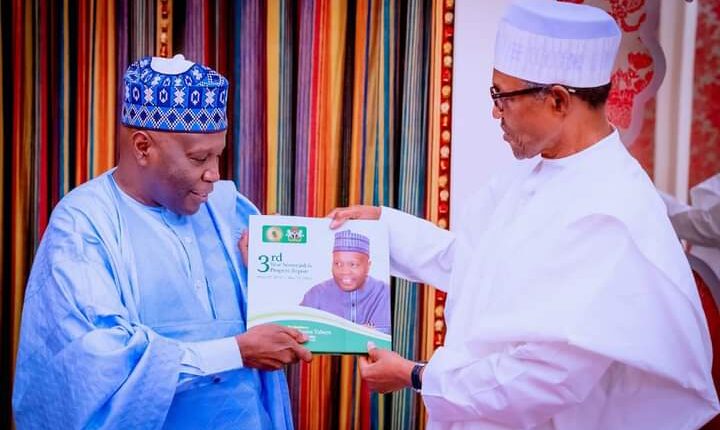 Concerned by the poor funding that had affected some of the state-owned aviation facilities, President Muhammadu Buhari has approved the takeover of the Gombe State airport by the Federal Government.

Buhari said that the takeover would allow the facility to become operational and increase passengers’ movement and dependence on flight for accessibilities of every state in the country.

The takeover was announced by the Gombe State Governor, Muhammad Yahaya, after meeting with the President at the Villa on Friday.

Yahaya, while addressing State House Correspondents after a meeting with the President, explained that the move would ensure the availability of funds to maintain the facility throughout the lifespan of its operation.

Only recently, officials of the Nigerian Civil Aviation Authority (NCAA) inspected facilities at the Gombe International Airport and certified it for the airlift of Muslim pilgrims in the State to Saudi Arabia, in June.

According to him, the Nigerian Air Force (NAF) is building an Air Force base on the airport premises while additional facilities are expected to enhance management and business activities.