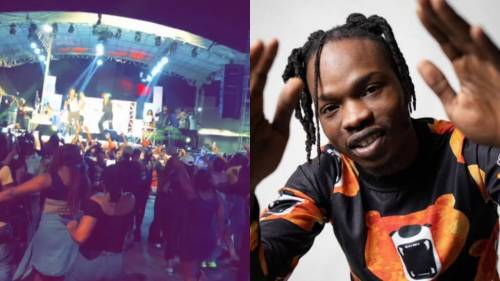 The Federal Government has suspended a charter and aircraft maintenance firm after flying musician Azeez Fashola, better known as Naira Marley, to Abuja for a concert amid ban emplaced on flight operation in the country.

It explained that the action of the firm, Executive Jet Services, contravenes the government directives and measures put in place to mitigate the spread of the deadly virus in the country.

The Minister of Aviation, Hadi Sirika, who announced the action said that the government never approved flight for the singer, adding that the aircraft which conveyed the musician was approved to fly an Appeal Court Judge, Justice Adefope Okogie, from Lagos to Abuja.

Speaking during the Presidential Task Force briefing in Abuja on Monday, Sirika noted that the airline firm will be prosecuted according to the extant law of the land, stressing that stricter protocols will be followed before granting approvals for private flight henceforth.

“The operation is a clear violation of our approval which we take very seriously. It seems this is becoming a norm. This is the second time. So, Executive Jet Services is hereby suspended indefinitely and they will face the law.

“The captain will also be sanctioned for giving wrong information to the control tower. It seems also that people are not tired of trying our resolve and we are not tired of living up to our responsibilities. Governance is a serious matter.

“The person on that flight conducted a concert. We approved a flight, certainly not for a musician. The flight was approved to convey Honourable Justice Adefope Okogie from Lagos to Abuja and then back to Lagos for an official assignment.

“In this challenging time, in our wisdom, we decided that the judiciary was part of the essential services. Moving a judge from Lagos to Abuja was in order,” he said.

Recall that the musician held a concert at the Jabi Lake Mall on Saturday in contravention of the Presidential Task Force directive on social gatherings.