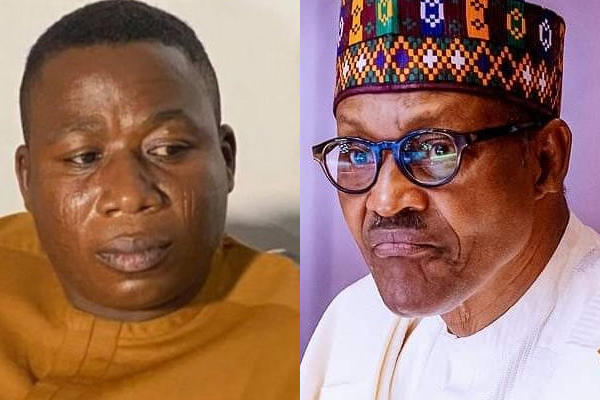 The face-off between the Federal Government and Yoruba Nation agitator, Sunday Adeyemo, popularly called Sunday Igboho, may soon come to an end after both parties signaled plans to sit before the roundtable and discuss a political solution to the issues that had degenerated as well as attracted interests from Southwest indigenes at home and abroad.

Both parties signaled the move after acknowledging that they were ready whenever there was a need for such dialogue and to allow reasons to prevail over whatever sentiments they nurse against each other in the country.

The first move for the roundtable discussion was signaled by the Attorney General of the Federation (AGF) and Minister of Justice, Abubakar Malami, announcing that the apex government has not ruled out the possibility of dialogue to the cases involving Sunday Igboho and the Indigenous People of Biafra (IPOB) leader, Nnamdi Kanu.

Accepting the invitation, Sunday Igboho’s counsel, Yomi Alli, on Friday, barely three days after, describing the move as the best solution to the face-off that had led to the detention of Yoruba nation agitator in the Benin Republic.

The counsel, through a statement made available to newsmen, said that Sunday Igboho, remain a peace-loving person and was glad that the Federal Government has allowed reasons to prevail over their personal wishes, saying the President Muhammadu Buhari-led administration has now understood that no force on earth can subdue the mantra of self-determination by an indigenous people.

Alli noted that since there was no referendum to determine if they wished to remain in the country, there should be fair treatment of all tribes in accordance with the rule of law.

“We have the consent of Chief Sunday Adeyemo aka Agboho Oosa to react to the olive branch extended to him by the Hon Attorney General of the Federation in what we regard as kite flying at Arise TV as reported by all the dallies on 10th November 2021.

“Our client as a peace-loving person is glad that the Federal Government has allowed reasons to prevail in realizing that no force on earth can subdue the mantra of self-determination by an indigenous people save referendum and/or sense of belonging and fair treatment of all tribes in accordance with the rule of law”.

The Yoruba Nation agitator’s lawyer, meanwhile, has disclosed conditions that would be presented before the government during the roundtable discussion, just as he commended his counsel’s supporters for their steadfastness in spite of their persecussion.

“Intimidation by imprisonment of our client in a foreign land, which is generally regarded as the 37th state of Nigeria, cannot help the situation but respect for the rule of law as espoused in the #20.5 billion judgment in favor of our client. The imprisonment is making him more resolute in seeking self-determination for his Yoruba indigenous tribe.

“Hence as a mark of good faith, Nigeria should start with instructing its “vassal” state to release our client and allow him to embark on his medical trip to Germany. The Republic of Benin has not been able to charge our client for any criminal offense for over the 3 months that they hold him illegally in their prison in Cotonou. We have his mandate to enter into any binding agreement on his behalf that will also be acceptable to his Oodua Nation Group”, he added.

Earlier, Malami had said although no such proposal was currently before the Federal Government, the government would consider it if any body or group comes up with such a proposal.

“Well, as far as securities situation is concerned, as far as governance is concerned, and administration, you cannot rule out all possibilities. But crime is a crime. When there are criminal undertones associated with certain conduct, you cannot take away the right of the government to take steps with particular regard to ensuring that the people that are in one way or the other operating in breach are brought to book,” he added.

Expanding frontiers between Nigeria and France