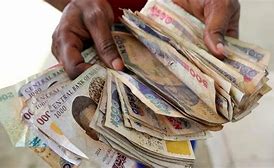 The Federal Ministry of Finance, Budget and National Planning, has revealed that Federal, State, and Local Governments shared N647.35 billion, from the Federation Account, for the month of January 2020, an amount which was 9.63 percent lower than N716. 29 billion the governments shared in December 2019.

According to the ministry, reduction in income was due to low revenue generated by Nigerian National Petroleum Corporation (NNPC) and the Federal Inland Revenue Service (FIRS) for the month in view.

The ministry stated that both bodies recorded revenue shortfall due to a reduction in economic activities which usually occurred in January, adding that revenue generation was expected to improve in the coming months.

Federal Ministry of Finance, Budget and National Planning, Permanent Secretary, Mahmoud Isa-Dutse, said that all allocations were made in keeping with constitutional provisions.

He added that the Excess Crude Account (ECA) balance had amounted to $71.81 million as at Feb. 19, 2020, which he said pointed to better months, with higher generated income amounts, ahead.

The permanent secretary disclosed that a communique had been released by FAAC which gave full details of distribution among the three tiers of government, and stated that this was done to maintain an air of transparency in government transactions, as championed by the Muhammadu Buhari led government.

The communique confirmed that for the month of January 2020, there was a significant increase in Import Duty revenue while Companies Income Tax (CIT), Value Added Tax (VAT), Oil and Gas Royalties and Petroleum Profit Tax (PPT) recorded decreases.