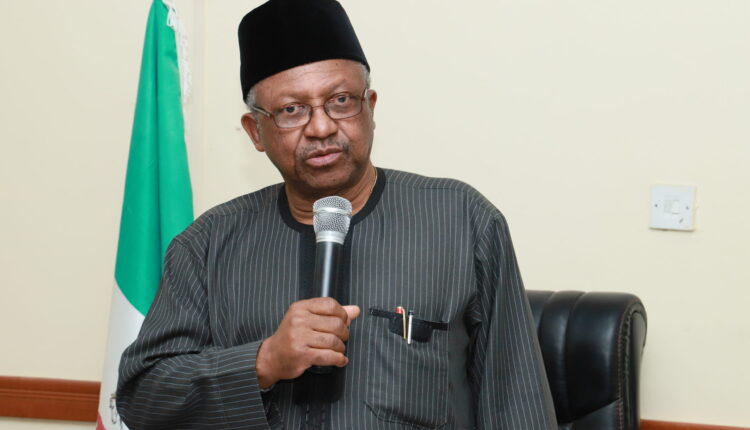 The Minister of Health, Dr Osagie Ehanire, has reassured Nigerians that the President Muhammadu Buhari-led Federal Government would not be imposing fresh lockdown to battle rising cases of coronavirus third wave, particularly outbreak of its deadly Delta variant in the country.

He explained that while different measures were being considered to halt community and person-to-person spread of the virus to build on gains earlier recorded, another lockdown was not part of its emergency response aimed at containing the spread of the Delta variant of COVID-19.

The minister noted that rather than impose another lockdown, the government would looking at ensuring more Nigerians take the coronavirus vaccine jab and adhere to all safety protocols put in place by the government and other relevant stakeholders.

To achieve this, he disclosed that the country has ordered and paid for about 30 million doses of the Johnson & Johnson specification aside from other vaccines sourced free of charge in ensuring Nigerians who are eligible are protected from the virus.

Giving the assurance on Thursday at the weekly ministerial press briefing organized by the Presidential Communications Team at the State House, Abuja, Ehanire who allay Nigerians fear noted that the recorded cases of the Delta variant are not enough to require another lockdown.

Reiterating the apex government’s commitment to protecting Nigerians, the minister said that the government has received 176,000 doses of the Johnson & Johnson doses while the remainder would be supplied in batches.

According to him, the federal government will purchase the majority of vaccines to be used, rather than depend on the ones given by other countries.

Speaking on the ongoing industrial action by resident doctors across the country, Ehanire said that the central government was considering implementing a ‘no work, no pay’ rule.

He argued that rather than choosing a strike as a tool to resolve their issues, the doctors should consider other options in the interest of the country, particularly at a time the country was battling deadly variant of coronavirus.

20 Lagos pharmacies, others under lock for contravening regulations