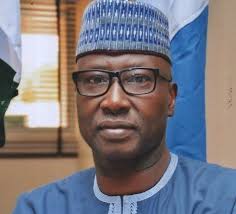 The Federal Government has disclosed that it has received 425 facilities designated as isolation centers from the Catholic Church in Nigeria, saying that the establishments would further the nation’s fight against the deadly coronavirus pandemic within its borders.

It said that the religious organization had offered its missionary hospitals and clinics located in various regions across the country for use as isolation centers and that the additional healthcare facilities would enable the nation increase its response to rising incidence of the deadly viral infection.

The Secretary to the Government of the Federation, Boss Mustapha, stated that the recently recorded spike in confirmed coronavirus cases across the country had informed Government that the nation’s coronavirus response might be overwhelmed due to the inadequacies of existing isolation facilities.

Mustapha, while speaking to newsmen on Monday, revealed that several cases of bed-shortages had already been recorded in facilities across the nation and said that the additional 425 isolation centers would greatly increase the country’s response capacity to the disease incidents among its people.

He expressed appreciation for the move by the Catholic Church in Nigeria for making available such facilities for use in combating the healthcare crisis posed by rising incidence of the deadly disease in the nation and urged states governors to approach the Bishops and Arch-Bishops within their regions in order to access the donated facilities.

“We have encouraged states to have at least 300-bed isolation centers including intensive care units. However, with the increase in cases, we have begun to experience some shortages of bed spaces in the isolation centers,”

“As part of efforts to support the states in the establishment of isolation and treatment centers, I wish to remind our state governors that the Catholic Bishops’ Conference has offered and volunteered all the 425 hospitals and clinics that belong to the Catholic Mission nationwide for adaptation and use as isolation centers. Governors are encouraged to approach Catholic Bishops and Arch-Bishops in their states to access these facilities”, he said.