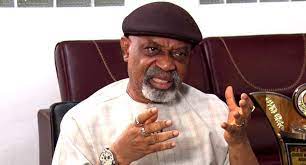 The Federal government has promised to approve the payment of the N52.1 billion after the expiration of three weeks ultimatum by the Academic Staff Union of Universities (ASUU) to avert disruptions in academic activities.

The funds were said to be 30 billion revitalisation fund and N22.1 billion Earned Allowances to the university lecturers.

Confirming the development, Yesterday, the Labour and Employment, Chris Ngige stated that the implementation of the Memorandum of Action (MoA) signed by the Federal Government and ASUU will be reviewed on Monday.

“I will find out from the Accountant-General’s office and the Federal Ministry of Finance, Budget and National Planning today,” he said.

Ngige’s plan was said to have been spurred by a meeting held by the leadership of ASUU behind closed doors over the alleged failure of the Federal Government to meet its demands.

Speaking with newsmen during an interview, the Minister stated that the grievances of the university lecturers would be addressed in the next two weeks.

The ASUU President Emmanuel Osodeke stated that the leadership of the union was in a marathon meeting to review the implementation of the various interventions reached with the Federal Government.

Osodeke said only funds for the revitalisation of public universities have been partially addressed by the government, following the 21-day ultimatum issued by the union.

The ASUU leader confirmed that part of the needs assessment funds have been released to the universities.