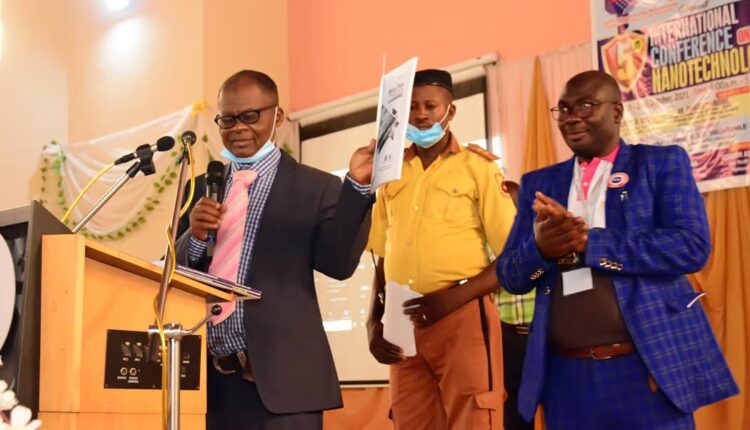 The Federal Government has promised management of the Ladoke Akintola University Technology (LAUTECH) that the nanotechnology centre, built by the institution, would be fully supported to ensure it contributes to the growth and development of the country.

It said that the support became necessary after the apex government identified that nanotechnology remains a key component of technologies and that it would be useful in the migration of the country’s economy from its present state to becoming a fully knowledge-based economy.

The minister of science, technology and innovation, Ogbonnaya Onu, gave the assurance during the 5th international conference on Nanotechnology organised by LAUTECH’s Nanotechnology research group, which serve as a forum to discuss the importance of the technology to Nigeria’s future.

Addressing participants at the event themed ‘Nanotechnology in Africa: Changing the narratives for the benefits of mankind’, Onu stressed that the ministry’s renewed mandate incorporates innovation and that nanotechnology was part of the innovations.

Onu said the exploitation of Nanomaterials for national growth and development cannot be overemphasized, pledging that LAUTECH‘s centre of excellence on nanotechnology would be fully supported by the ministry to achieve its vision.

Earlier, Agbaje, a professor of Microbiology and head of the LAUTECH Nanotechnology research group (NANO+), harped on the importance of establishing a national agency for the promotion and exploitation of the technology.

While stating the agency would aid the national growth and development of Nigeria, the Don said that the central government could leverage the achievements recorded by the group in the last five years to promote nanotechnology across Nigeria.

According to him, Nano+ workshops and conferences have been able to facilitate public discourse on nanotechnology to deepen its understanding, training of manpower and development of curriculum, and unparalleled generation of knowledge in terms of publications on nanotechnology.

“The group which has some Nano-based products as part of its accomplishments also established the first journal on nanotechnology in sub-Saharan Africa, ‘Nano Plus: Science and Technology of Nanomaterials,’ which is an open-access journal. “ and at least five members of the group were among the top 12 researchers in nanotechnology across the country through their articles that were indexed in Scopus between 2010 and 2020,” Agbaje added.

Also, the Acting Vice-Chancellor of LAUTECH and chairman of the conference, Mojeed Liasu, said Nano+ has contributed immensely to the good image of the University and have impacted researchers from more than twenty institutions in Nigeria.

Liasu identified with the milestones achieved by the group within seven years of its formation, and promised that the University would continue to support her aspirations; especially the need for the establishment of a centre of excellence in nanotechnology in LAUTECH.

The acting VC thereafter unveiled the three published volumes of the journal of the LAUTECH Nanotechnology Research Group, ‘Nano Plus: Science and Technology of Nanomaterials’.